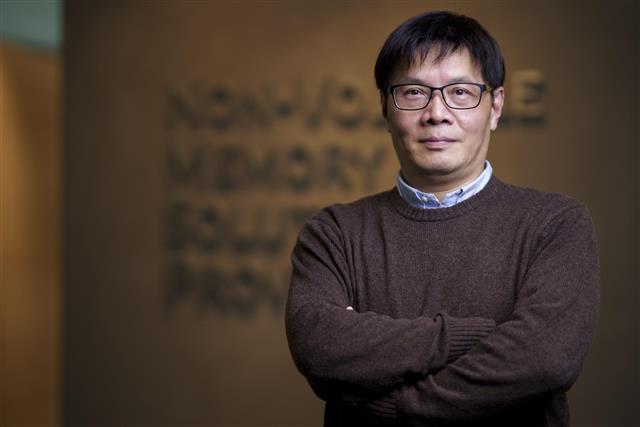 As the US-China trade war continues to exacerbate tensions between the countries, the formulation of a clean supply chain - whereby the manufacturing, assembly, testing, and packaging of products all take place in Taiwan - has become an important national security and economic strategy for the United States. Over the past 30 years, Taiwan has built a complete semiconductor industry chain that provides global customers with advanced manufacturing and R&D support. In light of this, Martin Lin, marketing director at Macronix, says that now is the time for Taiwanese industry players to continue actively expanding their business layout and take the initiative to wield their competitive advantages.

To address the needs of its immense domestic market, over the past few years China has created a red supply chain that has become a formidable presence for all industries across the globe. Multinational companies, including those from Taiwan, have set up production sites in China, and the global economy is becoming increasingly dependent on the mainland. Circumstances have drastically changed, however, following the United States' launch of the trade war in 2018. As Lin indicates, at the time, the Trump administration made all-out efforts to promote its clean supply chain policy in 2020 to maintain the US's dominating position in technology and economy. In particular, the two most important actions taken were to tighten export restrictions on China's major technology companies and to prohibit the export of key semiconductor-manufacturing equipment to China. These two policies have prompted major technology companies in various countries to shift their focus to resources outside of mainland China, a move that has in turn shifted the spotlight to Taiwan where the semiconductor industry chain has become increasingly mature over the past few decades.

Taiwan began developing its semiconductor industry in the 1980s. Some semiconductor manufacturers began focusing on optimizing the manufacturing process after assuming their roles as OEM wafer manufacturers, while others focused on the research and development of proprietary products, such as memory market leader Macronix. Apart from continuing to invest in R&D and manufacturing technology, the company has also formulated a complete product layout. European and American companies, on the other hand, focus on IC design, contributing to the division of labor in the semiconductor industry of which Taiwan plays a crucial part and to an industry that has been flourishing for 30 years.

Lin states that Taiwan's semiconductor industry chain has three advantages in terms of its role in the clean supply chain. First, IC design, manufacturing, packaging and testing, along with other semiconductor manufacturing processes, have already formed an industrial cluster in Taiwan. As such, suppliers are not only technologically advanced but also have sufficient production capacity. Second, Taiwanese industry players have always remained closely aligned with the international community and are, therefore, not only familiar with the rules of the game but have also established trusting, cooperative relationships with customers. Last but not least, they are able ensure compliance with the conditions and requirements of a clean supply chain. In view of these three advantages, therefore, Taiwan is perfectly poised to become a safe and reliable partner for industries across the globe.

Even with these apparent advantages, however, Lin believes that Taiwanese companies must strengthen their product layout so as to further expand their niche, citing as an example the trend of "intelligentization" that has emerged in recent years. In the past, products manufactured by the electronics industry were primarily used in computer, communication and consumer - also known in Taiwan as 3C - products. With the advent of intelligentization, however, the application of semiconductor components began to diversify. Market needs such as in the industrial, medical and automotive segments gradually emerged, and the types of components required by these markets became so diverse that only manufacturers with complete product lines can satisfy supply. Macronix, for instance, has a comprehensive line of memory products that offers customers a full range of solutions and services that is rare within the industry.

Lin said that, in the past, product R&D conducted by memory manufacturers were mostly oriented toward the optimization of compatibility. Macronix, however, adopted a different strategy by choosing to provide differentiated design services that fulfill the needs of leading chip manufacturers in the industry and create the most suitable product solutions for different fields of application. Under this strategy, Macronix was able to forge an even more complete product line layout, particularly with regard to its two main product lines, NOR Flash and SLC NAND, offering customers corresponding products ranging from the most basic to the most advanced specifications. In terms of manufacturing processes, Macronix's NOR Flash is manufactured using a 55-nanometer process that will be upgraded to 45-nanometer. SLC NAND, on the other hand, is produced using a 19-nanometer process and has also entered mass production. The company's 48-layer 3D NAND Flash is also ready to be launched and will be joining Macronix's line of memory products to better meet diverse customer needs.

In addition to the complete product line, Lin pointed out that non-consumer applications, such as automotive electronics, industrial control, medical systems, and other applications have stringent requirements for product reliability. To remain competitive in this supply chain, advanced technology is a prerequisite, not an advantage, while unwavering quality and long-term stable supply capabilities are additional keys to success. Macronix, as a manufacturer fulfilling all of the above three criteria, has long been affirmed by customers in this field with whom the company has established profound partnerships.

As competition between the United States and China grows stiffer, calls for the establishment of a clean supply chain has also become more urgent. Under these circumstances, Lin foresees that, with its advanced and complete semiconductor industry cluster, Taiwan will play an important role within the global clean supply chain. As such, industry players should grasp this golden opportunity to formulate development strategies that maximize and fully exert their advantages. 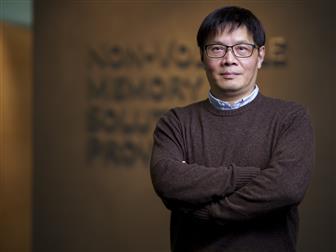