The center is established in line with AI Robot Base, an AI-based robotics promotion and acceleration project undertaken by STSP administration.

Rainmaking aims to help startups go internationally and create Taiwan-based unicorns through cooperation with large enterprises in Taiwan and its operational bases in 26 cities around the world, Chuang said.

Founded in UK in 2007, Rainmaking has set up 31 accelerators around the world and promoted innovation in over 10 vertical fields with total market value of about EUR1.5 billion (US$1.77 billion). Rainmaking has so far accelerated more than 900 startups and won total venture capital investment of EUR1.0 billion as well as formed strategic partnership with over 92 of the world's top 500 enterprises. 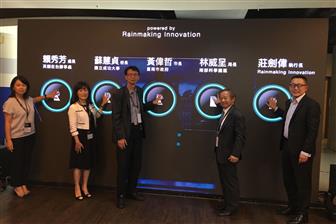