Celebrating 60 years of progress in 2020, metallic glass technologies are widely used today in healthcare, biotechnology, manufacturing and aerospace industries as the material combines the strength, toughness and resilience of metal and glass. As opposed to other academic research teams mostly focusing on the study of material formulation, the team led by Jinn P Chu, vice president, National Taiwan University of Science and Technology (NTUST), is devoted to the development of metallic glass coating, with an aim to use it in the manufacturing of medical needles and semiconductor chips. Through assistance from the Taiwan Tech Global Research & Industry Alliance (Taiwan Tech GLORIA) project, the NTUST team showcased their achievements at exhibitions held in Philadelphia and Germany in 2019 and began a partnership with an Israeli firm.

According to Chu, after years of research, the challenges in the complex metallic glass production process leading to the problem of low yield have been overcome, allowing the material to be used in wide-ranging application scenarios. For example, iron cores in inverters have been replaced by metallic glass, which reduces the conversion loss to just one-sixth. The aerospace industry also makes use of metallic glass for its strength to produce aircraft components. The use of metallic glass will keep expanding to other sectors.

Having engaged in metallic glass research for years, Chu leads one of the world's very few teams dedicated to metallic glass coating. The vacuum coating process achieves a less-than 200nm thickness. Furthermore, the team was the first to discover that the low resistance property of metallic glass allows it to be anti-stick when coming in contact with other materials. Teflon coating, which provides an ideal anti-stick effect, is now generally used to make non-stick surfaces but there are concerns that Teflon may be toxic and the coating may easily flake off. The use of metallic glass can eliminate these concerns and therefore is suitable for medical purposes.

The use of metallic glass coating for medical purposes focuses on syringe needles. Coating needles with metallic glass reduces the pain associated with needle insertion as this prevents the needle from sticking with skin tissues. The technology has been transferred to an American dental equipment manufacturer to produce anesthetic needles, which are now under FDA review. The metallic glass coating can also be applied on hair implanter needles for repeated use. The research was published and recognized with an award at an international symposium in 2018. It has also obtained Taiwan FDA approval on Class 1 medical devices.

Another use of metallic glass in semiconductor manufacturing is for wafer dicing. At present, dice are separated from a semiconductor wafer by mechanical sawing or laser cutting. Diamond blade cutting remains the mainstream as laser cutting is costly despite its precision. However, when the diamond blade cutter comes in contact with the wafer, resistance will cause cracks on the wafer, which will widen if the cutter keeps going. As such, manufacturers generally leave sufficient dicing margin to accommodate such cracks. Also, they make it a two-step process when making deeper cuts to avoid big cracks. It has been tested and proven that the diamond blade cutter, after being coated with metallic glass, will generate smaller cracks and the cracks will remain small even when making a deeper cut in one step. Using a diamond blade cutter with metallic glass coating will allow manufacturers to narrow the dicing margin and pack more die on a wafer, thereby raising production yield.

Chu's team has been actively demonstrating its robust research achievements and diverse applications at exhibitions around the world after joining the Taiwan Tech GLORIA project in 2018. The team won the American Chemical Society Award at Nano Tech Japan in 2018 for its metallic glass nanotube array. Its showcase attracted industry attention at exhibitions held in Philadelphia and Germany in 2019 and led to a partnership opportunity with an Israeli firm. Chu noted the team has long focused on technology development and needs industry partners to help discover more applications for its research, and through participation in the Taiwan Tech GLORIA project, the NTUST team has rapidly gained visibility. 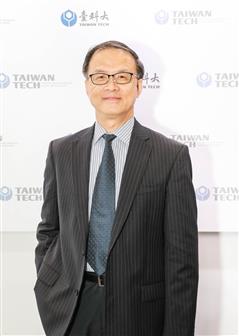 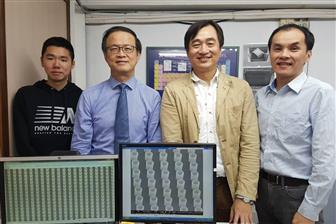