Demand for collaborative robots is fast growing because they are safer to human workers than conventional industrial robots. But the priority given to safety, which is restricting collaborative robots' speed and efficiency, is deterring some makers from adopting them, according to Wang Liang-kuo, Epson Taiwan's general manager in charge of robotic arms.

Most collaborative robots have payload of below 10kg and their moving speeds are relatively low to ensure safety to human workers, Wang said.

Robotic arms recognize force larger than 150N (newton) as collision that makes them shut down automatically for safety, Wang noted, adding ISO/TS 15066 specifies the maximum force tolerable for 29 most vulnerable parts of a human body, with 110N enough to cause feling of pains for some parts, Wang indicated.

Some manufacturers hike sensitivity to collision by lowering the maximum force to better protect collaborative workers, but the high sensitivity may result in frequent automatic stoppage of the robotic arms' operation, Wang explained.

If manufacturers want to hike collaborative robots' working speed, they may have to separate them from collaborative workers due to safety concerns, which is the same as conventional industrial robots and would defeat the purposes of adopting such robots, Wang noted. Therefore, collaborative robots are mostly used in highly repetitive wok, such feeding/cutting materials/components and delivering finished products to warehouses currently, Wang said. 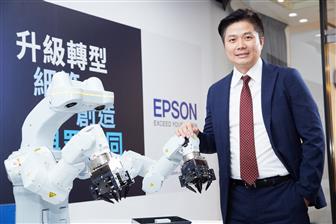