Mini LEDs, with much higher yield rates than those for Micro LEDs, are expected to come into commercial production next year, with initial application expected to be backlighting of LCD automotive displays, according to Digitimes Research.

For direct-type backlighting of automotive displays, a single panel will use several thousand to over 10,000 Mini LED chips and there will be monthly global demand for an estimated 15.56 billion Mini LED chips in the first year of commercial use.

Prices for a conventional LED backlight unit (BLU) for a 10-inch or above LCD automotive display stand at US$2.7-3.6 currently. Without considering yield rates, prices for a BLU made of 150-micron x 150-micron and 200-micron x 200-micron LED chips are estimated at US$11.50 and US$19.40 respectively. The large price gap accounts for little of the total cost for a car but makes a big difference if Mini LED chips are used in displays of smart wearable devices, IT devices and LCD TVs, and this is why Mini LEDs are expected to be initially adopted for BLUs for automotive display. 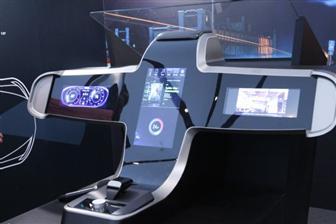