The Predator Triton 700 houses the high-performance Nvidia GeForce GTX 1080 overclockable GPU and standard-voltage seventh-generation Intel Core processors in a 18.9mm-thin (0.74 inch) aluminum chassis, thanks to Acer’s AeroBlade 3D metal fans that increase airflow by 35% yet take up less space within the device. Two NVMe PCIe SSDs in RAID 0 configuration and up to 32GB of DDR4 2400MHz memory helps the system run at peak performance.

Exact specifications, prices, and availability will vary by region. 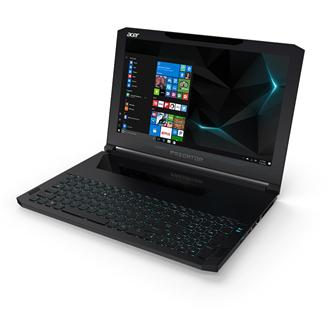 EV
2023 outlook: US will grow to be next battery battlefield
Tencent and Nio partner on autonomous driving technology
Volkswagen reportedly in talks with Foxconn and Magna to build EVs in US
Rohm partners with Shenzhen SiC startup amid concerns of growing Chinese competition
Full list
Join our mailing list