Mobile DRAM bit demand is set to exceed 400 million gigabits (Gb) in the fourth quarter of 2013, up 35.5% on quarter and over 70% on year, according to Digitimes Research.

The overall DRAM market, which consists of PC- and server-use DRAM, and niche-market memory, is forecast to consume 4.145 billion Gb in 2013, according to Digitimes Research.

This article is an excerpt from a Chinese-language Digitimes Research report. Click here if you are interested in receiving more information about the content and price of a translated version of the full report. 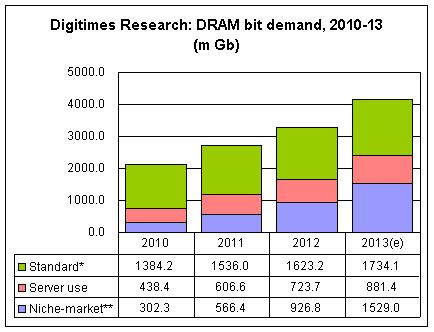