AMD has announced the addition of the AMD Radeon HD 6670, HD 6570 and HD 6450 graphics cards to the channel, completing the roll-out of the AMD Radeon HD 6000 family of graphics cards. Priced at less than US$100 and consuming less than 75W of power, these cards offer budget-conscious gamers and digital lifestyle enthusiasts powerful yet very affordable solutions that are ideal for HD gameplay, video playback and productivity applications, AMD said.

The AMD Radeon HD 6450, HD 6570 and HD 6670 graphics cards will be available for purchase through system builders and at major online retailers, including Amazon, CyberPower, iBuyPower, Newegg, NCIX, and TigerDirect. 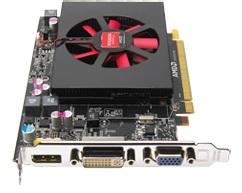