PC component provider Thermaltake has announced that once again it will be headlining the Computex Taipei 2010 show to showcase its broad variety of the latest PC DIY, overclocking and gaming hardware for demanding users. In addition to exhibiting a number of innovations in cases, cooling solutions and power supplies, Thermaltake plans to put on exciting shows throughout the entire exhibition period, including stage shows, lucky draw events and daily competitions of the Taiwan professional eSports League.

In terms of PC products, Thermaltake will be introducing an entirely new edition in the award-winning "Toughpower" line of high-end PC power supply units. The New Toughpower Grand comes with a classy black finish and makes what the company calls a clear statement of pure quality. The device's proprietary 14cm dual-ball-bearing flower-shaped fan provides optimized ventilation, while being 80 PLUS Gold certified means that users don't just get a guaranteed eco-friendly PSU with more than 90% efficiency at 50% load and a 0.95 active power factor correction (PFC), but their electricity bill will noticeably drop as well.

For people on the go, the universal notebook and mobile device power adapter, the Toughpower Ultra Slim 95W, will be of interest.

In the CPU cooler segment Thermaltake will show the power of the newly arrived Frio overclocking cooler, which will be the flagship CPU cooling solution of choice for 2010. The Frio cooler is specifically designed for overclocking, and comes with one preinstalled 120mm fan and an additional OC fan that can be manually controlled between 1200 and 2500RPM.

In addition, previews of ultra-silent cooling solution with the new Jing design concept will be on display.

Thermaltake cases are well-known for their stylish looks and ambient LED-fans. This year the mid-tower ARMOR A90 will be shown in an AMD Edition, while the full-tower Element V comes in an Nvidia Edition. In addition to these special editions, more surprise highlights will be announced during the show.

As for PC cases with integrated hard drive docking stations and storage enclosures, Thermaltake will be presenting its brand-new USB 3.0 line-up. In terms of more information about Thermaltake's plans for Computex, the company recommends that attendees visit the company's booth at Nangang Hall, 4F M614 to learn more. 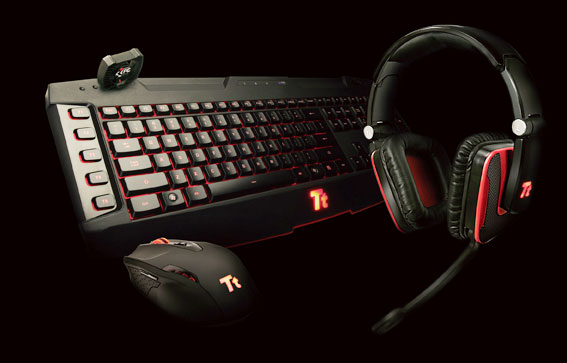