TAITRA president and CEO and the roundtable host Walter Yeh, in his opening speech, expressed his gratitude toward the participants of the roundtable and the support for InnoVEX 2018 from their organizations, enterprises or venture capitals including Amazon Launchpad, Business France, Garage+, Colopl Next, European Business Innovation Center of Murcia (CEEIM), JAFCO Asia, Digitimes, Malaysian Global Innovation and Creativity Center (MaGIC), Telefonica, Korea Trade-Investment Promotion Agency (KOTRA) and more.

Yeh noted that the first day of InnoVEX 2018 was a success with visitors and exhibitors both reporting satisfactory experiences during their tours. Computex 2018 attracted 1,600 companies from 30 countries worldwide and there are also 388 participating startups from 21 countries at InnoVEX 2018 with a total of 13 country pavilions at the show, up from three in the previous year. InnoVEX has already become an important platform for startups, venture capitals, accelerators and buyers and have attracted increasing numbers of venture capitals with the total of visiting venture capitals reaching 200 this year.

With fresh assistance and support, Computex is able to transform from a traditional ICT trade show covering mainly hardware innovations to a worldwide technology event showcasing emerging applications such as Internet of Things (IoT) and artificial intelligence (AI) and pushing the development of Taiwan's entrepreneurship, said Yeh.

The first topic of the round table was: With the growing popularity of emerging applications including 5G evolution, blockchain, quantum computing, virtual reality (VR) and augmented reality (AR) and AI, how can governments worldwide assist startups to face the rapidly changing industry trends? Yeh first invited Josephine Chao, president of the Epoch Foundation and founder of the Garage+ project to share her observations and experiences in these new business areas and her thoughts on how government can assist startups over the changes.

Chao noted that these fancy technologies are actually not new as many companies such as Google, Amazon have been developing these applications for many years and now they have suddenly become the latest trends simply because the markets are ready. Although the technology is important, what governments worldwide should focus more on is the human capital: the younger-generation is an important asset to a country's future, but such an asset is now growing weaker.

Kar Sin Ng, manager of International Partnership and Outreach, ASEAN Center of Entrepreneurship from MaGIC, noted that MaGIC is a government agency that has been looking into emerging industries and they are currently conducting a few projects including gathering startups, government units and companies to talk about the problems that startups are facing as well as regulations that could potentially influence startups to fulfill their ideas, a sandbox that provides a safe environment for startups to test their ideas and products. MaGIC has also been making recommendations to the government to improve startup environments as well as negotiating with multi-national companies, persuading them to provide their expertise to startups as well as cooperating with them to help them grow.

Yeh then asked Prakash Somasundaram, head of Global Projects at Amazon Launchpad, about how venture capitalists and accelerators choose startups and what resources they provide to support.

Somasundaram responded that when Amazon Launchpad started, the first thing it noticed was that were a lot of funding opportunities for startups. But the problem is that once these startups build their ideas and validate them and they have a product that is ready to ship, how can they get the product discovered by all its customers they try to reach and even distribute the product to them? This gap will be a good spot for Amazon Launchpad to jump in. Currently, Amazon Launchpad is more interested in startups making physical consumer products such as baby food or new products that are expected to have good demand from regular consumers. Amazon Launchpad has an online store to show their products. We give startups guidance to set up their products for sales and help them promote through our system.

Another issue is that corporate venture capital will have difficulties participating in many of the startup events as finding startups is not their main work.

Lee noted that there are broad selections of investments worldwide and assisting startups to find good partners is also a job for venture capital. Compared the two, corporate venture capital has more flexibility as it can withstand long-term investments, and is able to provide business resources to help startups grow.

Chao then shared her thought on the topic from the startup's perspective. She believes startups are able to receive much help including credibility enhancement, strategic partnerships, mentorship and go-to-market partners from corporate venture capital, but the support may turn out to become crisis, which is something startups need to be aware of.

Wang added that now is the perfect time for entrepreneurship as there are many programs and policies that favor startups. However, she noted that the founder of a startup needs to think carefully when the opportunity of being acquired come. Wang said that the scenario of the startup founder leaving the company after being acquired happens quite often. Wang also noted that she has been creating programs to help startups match with venture capital.

For the last topic, Roger Huang, senior analyst and deputy director of Digitimes Research, did a presentation on how Taiwan's upstream component supply chain and hardware manufacturing service providers can provide assistance to startup communities to materialize their ideas.

Huang noted that how to leverage Taiwan's supply chain to build a creative startup ecosystem as well as how organizations such as TAITRA can set up a new platform to help startups explore the global markets under trade protectionism are key issues that Taiwan needs to think about.

Huang believes from 2015-2025, there are four major digitalization drivers: realtime big data, AI, super connectivity and cloud, all of which will significantly boost Taiwan's presence, and Taiwan's comprehensive supply chain is the biggest asset to become the best partner of worldwide innovations.

Huang also noted that Taiwan-based large enterprises have already been talking and cooperating with startups to create innovations and are set to launch several projects. Their targets are not just startups in Taiwan, but startups worldwide, and they are looking to have them join Taiwan's ecosystem.

Yeh added his thought to the topic, saying that matchmaking startups with venture capitalists, accelerators and OEM/ODM worldwide, and bringing everybody together is an important task for TAITRA and Computex, and the platform is now serving as an important bridge connecting these players.

Seung Hee Oh, manager of KOTRA, noted that they have been assisting startups to form collaboration with accelerators in Taiwan and afterward the agency can also help the startup to connect with suitable venture capitals.

Emilia Shih, executive deputy director of exhibition department at TAITRA, noted that TAITRA is an accelerator and its task is to help startups grow and create a platform to connect them with venture capitalists and resources and will be looking to create more activities to help Taiwan's entrepreneurial market grow.

Gia Dinh TO from Business France noted that Business France is setting up offices around the world with local workers, as a success business model in one place may not guarantee success in another. She believes team work is an important factor deciding success. 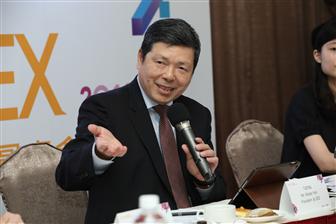 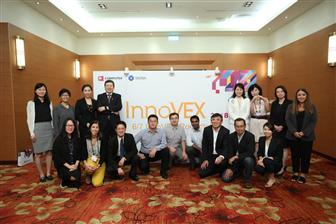 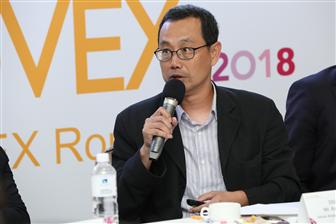 Roger Huang, deputy director of Digitimes Research, at the roundtable