China gets ahead of others in autotech innovations 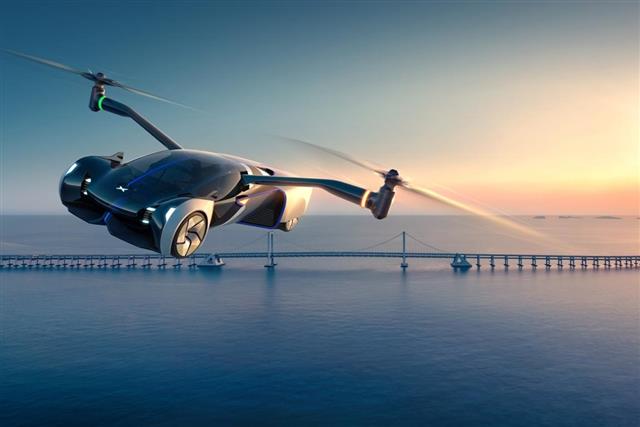 XPeng Motors, China's startup EV carmaker, received a permit from the province of Guangzhou on November 1, 2022, to test its autonomous driving G9 SUV on road, according to the carmaker.

XPeng passed the public road test in early October. The carmaker said the test was carried out during nighttime on the public roads in Guangzhou and it used the exact same model mass-produced for customers to execute the autonomous driving test.

The G9 SUV did not carry additional sensors or cameras for the road test but carried more advanced software than the retail version. The carmaker stressed that it is the first model in China without installing additional components to enhance autonomous driving capability and received a road test permit to test within a constrained operational district.

XPeng is one of the leading innovators in China's automotive industry. The carmaker's affiliate company AeroHT just demonstrated a flying car in Dubai in early October this year. It was the first public flight of the air mobility vehicle "X2" outside China, approved by the Dubai Civil Aviation and took place at SkyDive Dubai.

XPeng said the X2 is the fifth-gen of the lightweight, pure electric vehicle designed for short-distance and low-altitude travel in urban areas, as well as for rescue and medical tasks.

XPeng's business expands from mobility on the ground to the air and robotics. Besides XPeng, there are still many innovative tech giants rooted in China, such as TikTok, WeChat, and Didi.

The fast-paced innovation drive has transformed the emerging economy from an importer of cars and tech products to an exporter of innovation not limited to cars, and the country now "has a huge influence on the rest of the world," said Regis Robert, director of ADAS and autonomous driving at Lotus Tech in an open event.

Lotus Tech is a UK-based tech company acquired by China's Geely Group in 2017.

Robert said that autotech innovation in China has been nourished by huge support and funding from the government and regulations are less restrictive than that in Europe.

He added that Chinese carmakers are skipping level three autonomous driving and jumping from level two+ to level four at an incredibly fast speed.

Lizcano said it was "kind of a long-term bet and quite a big bet, which some traditional-minded companies would not value as much."

Prior to XPeng, Lizcano worked for BMW. Another key differentiator for China to get ahead of other countries in terms of autotech innovation is that Chinese local startups focus on more realistic and tangible objectives, while traditional OEMs usually think of innovations that will take 5-10 years or even longer to achieve.

Can China export such innovations?

After buying Twitter, Elon Musk said he wanted to build an app for everything like China's WeChat. The question is, do Americans have the same user behaviors as Chinese? The same question may be raised to Chinese carmakers as they have been aggressively expanding sales overseas.

Cars are going to carry a lot of smart features that can be found in everyday electronics. So far, at the front end, Lizcano said the interface design and human-machine interaction of the smart cockpit have been well received by users from different countries as the front-end design has a certain similarity to tablets and smartphones and there are very few adaptations that need to be done for different target markets.

However, XPeng confronted a lot of regulatory issues in Europe for software. While it was easy for XPeng to form a direct local partnership to develop platform content for the car in China, it is not easy for the Chinese company to find the right third party to develop or integrate the smart cockpit platform.

Lizcano said it is "sort of a business development growing pain," but he personally thinks "there is a really big potential and a lot of opportunities".