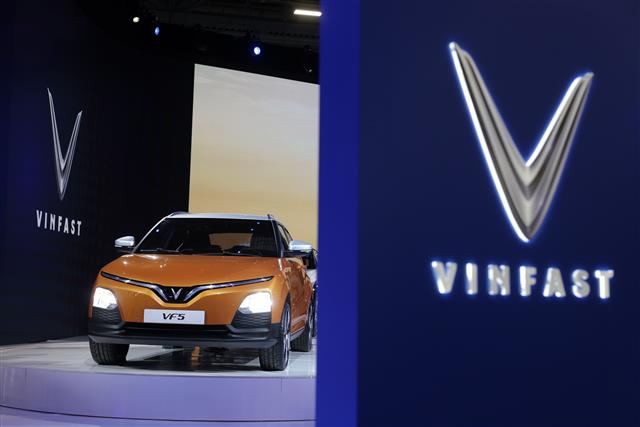 The emerging car company has not only invested big in EV manufacturing. It has also expanded its reach to battery manufacturing and is seeking partners for setting up semiconductor fabs in Vietnam.

In an email reply to DIGITIMES Asia, Tran Le Phuong, the deputy CEO of VinFast, said they are still in discussion with many industry leaders about setting up chip foundry in Vietnam. The company said it offers incentives, such as exemption from land and factory rent in the next 10-15 years, for suppliers to focus on production in Vietnam.

Tran noted that "it is part of VinFast's strategy to strongly promote the localization of Vietnam-made components, in addition to purchasing from overseas."

More information will only be disclosed at an appropriate time, the company said.

Battery developing and manufacturing by VinES

VinFast has taken a share in Taiwan-based solid-state EV battery maker ProLogium this year to produce the next-generation EV battery with enhanced safety and performance.

ProLogium is now considering setting up its first factory in Europe or the US, with Vietnam being one of the additional locations. The EVP of international development at ProLogium, Gilles Normand, was invited by Vingroup to tour around VinFast's industrial complex in Hai Phong, Vietnam. Normand noted that the collaboration with VinES, a battery manufacturer of Vingroup, is the key to the strategic partnership between the two.

VinES currently runs battery pack plants in Hai Phong while building a large-scale battery factory in Vung Anh, central Vietnam. The latter is expected to come into operation around the end of 2022.

VinES's battery will be used in VinFast vehicles, said Tran. Its business ranges from developing, managing battery system to reusing, recycling and disposing or handling retired batteries. They are also working with Israel-based battery maker StoreDot.

One of the bold moves by VinFast was to announce battery subscription for its EVs. Tran noted that the strategy is to ensure retrieval of old batteries and to minimize environmental impact.

Customers only need to pay a monthly subscription fee and surcharges per kilometer. Tran said the sum will be equal to or cheaper than paying for gas fuels.

As soon as the battery capacity degrades to below 70%, the carmaker is in charge of all repairs, maintenance and replacement for its customers. Eventually, the selling price of VinFast's EVs could be more competitive thanks to the approach, said Tran.

Like what its company name suggests, VinFast is fast deploying the automotive business on a global scale.

Following suspension of ICE vehicle manufacturing in July this year, the carmaker opened six showrooms in California, the US. The plan is to open a total of 36 stores in North America in 2022 and 50 stores in Europe by the end of 2023.

According to Tran, the company has so far invested US$6.6 billion in establishing VinFast's production and business activities globally.

The company originally eyed an early IPO around the fourth quarter of this year. Reuters reported in May that VinFast's Singapore-based holding company had filed for an IPO with the US securities regulators, as the company readied a US$4-billion investment to build a factory in the US.

However, noting increasing market uncertainties, Vingroup chairman Pham Nhat Vuong stated that the IPO will be delayed to 2023, and they are "prioritizing spending on VinFast and reaching an aggressive car sales target," according to Reuters.

In addition to the US$6.6 billion investment, Vingroup is spending US$2 billion more in setting up production in North Carolina, the US with an estimated annual production capacity of 150,000 vehicles. The facility will begin construction soon and will begin operation to supply the US market around 2024.

Back home in Vietnam, VinFast delivered its first batch of EVs - 100 units of VF8 SUVs - early September and expects to start shipping globally in December.

Vingroup was established in 1993 and registered a total of US$35 billion in capital as of November 2021.

(Editor's note: VinFast is among the major players in DIGITIMES Asia EV 50 survey.)