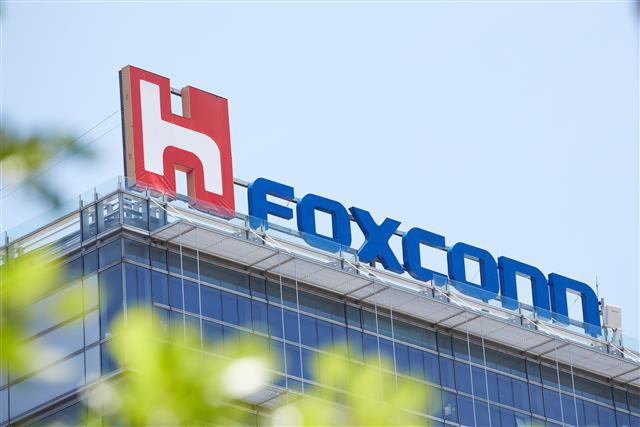 With global economic and market prospects full of variables and uncertainties, it has become one of the most important issues for enterprises to rethink how to position themselves in industry supply chains and even industry ecosystems as well as how to sustain growth and development in the volatile environments.

In a recent dialogue with Digitimes Asia, Young-way Liu, chairman of Foxconn Technology Group (Hon Hai) shed some lights on the issue as he talked about the group's considerations over its globalization in the past, the direction for its future industrial transformation and upgrade efforts, as well as future opportunities and markets with growth potentials.

Liu noted Foxconn has outperformed other peers in setting up manufacturing operations worldwide highlighting localized production for local markets, enabling more flexible production capacity management than peers. He also disclosed Foxconn will move to promote short chains and accelerate diversification while continuing to carry out different investment and development projects. The following are excerpts of his talks.

Q: What are Foxconn's main consideration and development direction for its globalization deployment?

A: From a historical point of view, Hon Hai has been on a globalization journey for well over 30 years, starting from setting up its US office and creating its Foxconn brand in 1985.

In 1988, we entered the mainland China starting deployment in the Greater China region, and also established the first European branch in Scotland. After 2000, we successively set up production bases in Europe, starting with Czech Republic and then Hungary and Slovakia. Our manufacturing deployments in Americas kicked off from the Midwest in the US before going southward to Mexico and Brazil. In Asia, we built manufacturing operations in India, Malaysia, Singapore and Japan.

During that period of time, Foxconn's overseas manufacturing deployments were mainly aimed at meeting the needs of customers and markets, as well as lowering time to cost (TTC) and time to market (TTM) thresholds. The overall goal was to deliver shipments to customers in time, providing them with one-stop supply chain services ranging from components, modules, assembly and production to transportation and delivery and even helping clients judge their possible needs in the future.

In the course of globalization, Foxconn has established exchanges between headquarters and regional subsidiaries, and between various plants in the same region, thus forming a close communication network able to provide early warnings of possible challenges in the manufacturing process through real-time information sharing. In this process, Foxconn has always adhered to the founder's (Terry Gou) four major principles of "going local, going native, going young, and going potential."

"Going local" refers to recruiting local cadres and cultivating local talent wherever a factory is located. "Going native" means that colleagues who travel overseas on business should follow the local customs in terms of thinking and eating habits after entering a foreign country. "Going young" highlights giving priority to those who are young in age and mentality during talent selection. "Going potential" implies the group will systematically foster executives with potential development and management capabilities.

Driven by these four principles, the management teams of Foxconn's overseas plants have been able to expand steadily along with their ever-growing business scales. At the moment, many of the group's overseas factories are headed by local talent, including those in Mexico, Czech, Slovakia, Hungary, and Malaysia.

Q: Foxconn set up manufacturing facilities in Vietnam many years ago, and other Taiwan electronics firms were still all on the sidelines then, but they are now flocking to the Southeast Asian country. What had driven you to invest in Vietnam at that time and what about your subsequent planning there?

A: The main reason behind many companies flocking now to Vietnam for investment differs greatly from why Foxconn moved to invest there in earlier years, and they focus more on the restructuring of international supply chains.

The main reason for Foxconn's early entry into Vietnam was to decentralize its production bases and secure more labor force. As the labor supply in the coastal regions of China in 2005 reached the Lewis turning point--a situation in economic development where surplus rural labor is fully absorbed into the manufacturing sector leading to an increase in the wage bill and the functional distribution favoring labor--we foresaw that labor force in China would turn from abundant to limited supply. Therefore, founder Terry Gou paid a fact-finding tour of Vietnam in 2006, finding the advantages for investing in northern Vietnam, where abundant labor and land resources are available and its vicinity to China enables easy logistics operations between both countries. In 2007, Foxconn officially moved to set up a plant in Vietnam.

Over the past 15 years, Foxconn has been expanding its investment in Vietnam with the expectation that the manufacturing operations there and in China can complement each other to achieve the best production and operation combination.

In addition, Foxconn's localized cadre system, with Vietnamese employees serving as supervisors with actual management authority, is a major contributor to its stable operations in Vietnam, greatly reducing labor turnover rates and improving production yield rates. Accordingly, our factories in Vietnam boast higher efficiency in product development and manufacturing than other peers'.

Q: What are Foxconn's current China and non-China production proportions? What kind of proportions can best support its deployment in production diversification? Or will there be different capacity adjustments and allocations for different industries? What are your major considerations in this regard?

A: At present, Foxconn's China and non-China production is split at 75:25. However, we will not have a preset target for regional production ratios, because the ratios will change with operating environments and customer needs around the world. What we can do in this regard is to make adjustments at any time to meet the needs of customers.

With its manufacturing footholds spread worldwide, Foxconn has greater flexibility than its peers in allocating production areas. It has several important manufacturing bases that can support each other in product R&D and capacity allocations. In its future new products development or mass production planning, Foxconn will factor in risks diversification and prepare off-site backup solutions.

For instance, Foxconn's China production ratio declined to 70% in early 2020 due to severe COVID infections there, but the ratio rose to 75% soon after the pandemic was brought under control, thanks mainly to its good supply chain management and effective capacity allocation

Q: Beyond its current manufacturing complexes worldwide, what new factory locations are being planned by Foxconn for the future? And your key points of consideration for the plans?

A: Foxconn will continue to invest more in Southeast Asia, South Asia, and North America, and will also expand deployments in related products such as cloud networks, terminal computers and smart devices. Such a trend will not change.

As to deployments in emerging industries like electrical vehicles (EV) and semiconductor, Foxconn is currently carrying out cooperation projects in Taiwan, Thailand, the US and the Middle East, and will seek new opportunities in Southeast Asia and South Asia.

I remember that after reading the "Disconnected ICT Supply Chains: New Power Plays Unfolding," a book published in 2020 by Digitimes Asia president Colley Hwang, I came to realize that electronic supply chains would definitely develop toward short chains in the wake of the disconnection crisis.

Accordingly, Foxconn will be promoting short chains and accelerating diversification development as major tasks ahead.

Diversity is not only seen in the global deployments, but also in industries. In addition to the existing ICT industry, Foxconn continues to cut into the "3+3" emerging industries and future technologies to create a greater diversity of clients and revenue sources.

As the ecosystem of the EV industry requires more localization, government policy support and cooperation of local partners, Foxconn has moved to promote the BOL (build-operate-localize) business model in recent years, aiming to achieve a triple-win goal.

Q: It seems that Southeast Asia is a top-choice destination for supply chain relocation from China, but some people question the human resources as well as government support and efficiency in the region. How does Foxconn evaluate the current investment climate there?

A: Actually, the overall environment of many Southeast Asian countries had not been stable in the past 20-30 years, but their political conditions have gradually stabilized in recent years, with ruling governments eager to pursue economic prosperity. Accordingly, the countries in the region, particularly India, Indonesia and Thailand, are working much harder than ever to solicit foreign investments.

These countries are characterized by large populations and markets, but they are short of supply chains with world-class quality.

Foxconn has never carried out its global deployments only after all the infrastructure facilities or supply chains are completed, instead instating on its own ability to build a complete manufacturing and supply system. With this advantage over peers, Foxconn has been able to maintain its leading position.

After all, a supply chain is not just a special zone or a piece of land, but also entails sound conditions for doing business, with government efficiency among the most important factors.

Government efficiency is the key to determining the entry of manufacturers. In India, for instance, the industrial environment has improved and the government has striven hard to boost its administration efficiency; and therefore we believe India will play a crucial role on the global economic stage in the future, and will have a chance to get better and better though its positive development.

The successful manufacturing experiences of Taiwan players in the electronics supply chains in the past half century are what many Southeast Asian companies hope to learn, and this is why Foxconn will use the BOL model to grow together with local partners in the region.

A few months ago, I flew to Southeast Asia and South Asia for face-to-face talks with ranking government officials there, just to let them fully understand that Taiwan is their important and even most reliable partner.

(Editor's note: Regionalization of the supply chain will be a major focus of DIGITIMES Asia's Supply Chain Summit to be held in Taipei on September 27 and 28. You can register here for the event.)