Samsung's ups and downs (5): Who are its major foundry clients? 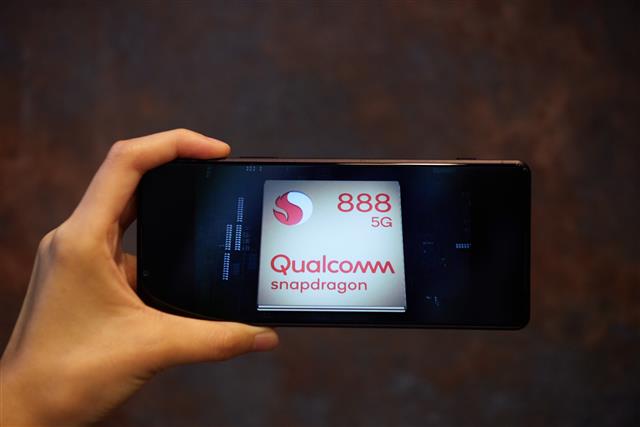 In the second quarter of 2020, Samsung Electronics landed Qualcomm's Snapdragon 888 orders with its 5nm EUV process, the first major case where the Korean tech giant did not have to share with TSMC for its business opportunities. It is said that Qualcomm's X65/X62 baseband chips will be manufactured with Samsung's 4nm technology, with production scheduled for 2022, and Samsung's second-generation 4nm technology will be launched in 2022.

Samsung obtained orders for Nvidia's Ampere GPU in 2019/2020, a proof of the price competitiveness of Samsung's foundry business. And the fact that Samsung beat TSMC's 7nm with 8nm technology marks a very important development for Samsung. Now Samsung is eyeing Nvidia's 5nm orders for 2022/2023, but Samsung will have to prove its strength to convince Nvidia, whose profits are currently plummeting, that it is the right foundry partner for the US client.

Samsung's fab in Austin, Texas makes Southbridge chipsets for Intel, but the volume is not very large. TSMC has already secured most of the orders for CPUs made using 7nm or 5nm processes, but Samsung is still looking for higher-end opportunities with Intel. Intel's teaming up with TSMC will of course affect its relationships with AMD, and Samsung is definitely TSMC's biggest competitor for AMD's 5/3nm contract chip orders.

Samsung may not be the chief player, but as GlobalFoundries has quit the advanced node process race, Samsung is gaining momentum. Its tech collaboration with AMD has seen Samsung incorporate AMD's GPUs into its Exynox AP. In 2018, IBM and Samsung announced a collaboration on 7nm EUV with IBM letting Samsung make its Power 10 chips.

Other chips such as Tesla's ADAS chips, Sony's GPS chips, NXP's and STM's automotive chips have all been partially outsourced to Samsung, while cryptocurrency chip customers also contribute 3-4% of Samsung's revenue. Amid chip shortages, Samsung's production capacity has also been keenly sought after. It is estimated that Samsung's foundry business will still stand a good chance of reporting substantial growth in 2022.

The number of Samsung's foundry customers has increased from 50 in 2017 to 150 in 2022, but it is still far lower than TSMC's almost 1,000. Now, apart from such major clients as Qualcomm, Nvidia, Google, Tesla, Intel and Ambarella, Facebook and IBM are all present in Samsung's technology forums.

In 2022, orders for making Qualcomm S8+ Gen 1 will return to TSMC. But Samsung believes it will be able to use 3GAP technology to win back orders by the end of 2024. Nvidia will use advanced node processes to produce relatively low-end products; AMD will use 4nm process from 2022 to 2023; and Intel's chipsets will be upgraded from 14nm to 8nm. As for Apple's chip orders that Samsung has been yearning for, TSMC clearly is still the preferred manufacturing partner.

The uncertainty of the market outlook is roiling the semiconductor industry. The IC design sector hopes that foundries will share the difficulties and stabilize prices. But Goldman Sachs believes that the compound annual growth rate (CAGR) of the foundry sector will reach 16% between 2021 and 2025, and the foundry market is estimated to reach US$181 billion by 2025, higher than the original estimate.

It is generally believed that the automotive, 5G and HPC sectors will be driving the advanced manufacturing processes, and the 28nm-and-below advanced processes will be important, with a CAGR of 23%, higher than the about 10% growth for mature processes above 28nm. This is why Samsung is keen to invest more in advanced processes and outsource mature ones.