The making of TSMC and its ecosystem 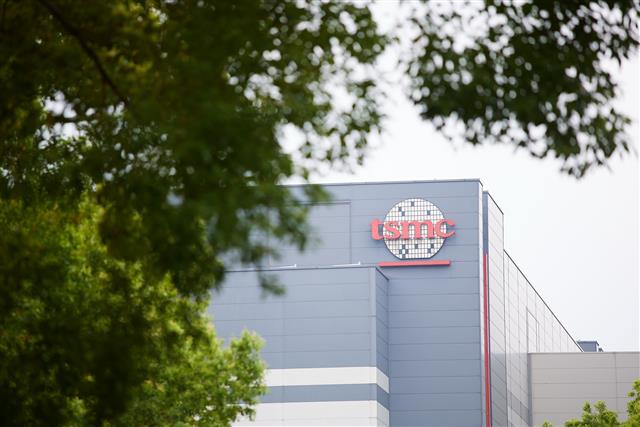 Usually a low-key company that has always been adhering to its principle of not engaging in competition with clients, TSMC is being drawn into the limelight for its dominant position in the global wafer foundry market.

Thanks to its cutting-edge technology, the Taiwan-based pure-play foundry house has managed to secure orders from almost all mainstream IC designers worldwide, including its rival, Intel.

With its dominant production capacity and advanced processing technology, TSMC has also positioned itself in an unassailable position in the global semiconductor industry, clearly manifested in the recent global chip shortage caused by the rampage of COVID-19.

TSMC reported a record high revenue for the second quarter of 2022 despite global economic headwinds such as rising inflationary pressure and waning demand for consumer electronics such as TVs, handsets, and notebooks.

Furthermore, TSMC has reiterated its sales growth forecast for 2022 of 34-36% and that it will maintain its capacity utilization at a healthy level in 2023, buoyed by increasing demand for CPU and GPU chips from datacenter and HPC sectors. TSMC expects its revenue to grow at a CAGR of 15-20% over the next several years.

TSMC has announced plans to spend as much as US$100 billion in 2021-2023 to ramp up its capacity in the local and overseas markets. Some overseas investment projects are being carried out to cope with increasing geopolitical risks as many governments around the globe are looking to bring more semiconductor manufacturing onshore.

Over the years, TSMC has optimized its ability to consolidate and integrate the entire supply chain to build up its prowess, taking up over 50% of the global wafer foundry market. This fact has enabled TSMC to become the primary client for the global semiconductor equipment makers, material suppliers, and IP providers. TSMC and its ecosystem partners produced more than 10,000 different products for 510 customers worldwide in 2020 alone. Except for Samsung Electronics, almost all mainstream IC designers are TSMC's customers.

TSMC's ecosystem was built in 2008 when the company launched its Open Innovation Platform (OIP). Through the platform, it has formed partnerships with many firms, including electronic design automation (EDA), silicon intellectual property (IP) and design service providers such as Ansys, Cadence Design Systems, Mentor Graphics, eMemory Technology, M31 Technology, Synopsys, and Arm. Some cloud service providers such as Microsoft and Amazon have joined the platform recently.

Through the OIP platform, the supply chain partners can shorten the time for product designs, kick off mass production in advance, and shorten the time to market. This mutually benefiting collaboration network has served as one of the crucial factors for TSMC to widen the gap against its rivals.

TSMC upgraded its OIP platform to become a Grand Alliance platform in 2012. The expanded ecosystem helped push TSMC's revenue to NT$506.25 billion in the year with a net profit of NT$166.16 billion. The synergized efforts delivered through the Grand Alliance enabled TSMC to generate revenue of NT$1.5 trillion and a net profit of NT$596.54 billion in 2021, despite the impacts of COVID-19 and geopolitical risks.

TSMC founder Morris Chang once stressed that the spirit of the Grand Alliance is to emphasize "cooperation" instead of "repression" and to "co-create value" instead of "monopolize profit." TSMC has benefited from this established policy, achieving continued business growth higher than the industry's average over the years. The primary clients in the Grand Alliance include Apple, Nvidia, Qualcomm, Arm, ASML, and Applied Materials.

TSMC has continued deepening its deployments in Taiwan regarding the advanced manufacturing process. It is building new capacity at its Fab18 in the Southern Taiwan Science Park (STSP) for 5nm and 3nm processes.

In the Hsinchu Science Park (HSP) in northern Taiwan, TSMC's latest establishments include an R&D center and a production base for the 2nm process. The foundry house reportedly plans to invest NT$800 billion to build an additional 2nm fab nearby the Central Taiwan Science Park (CTSP), slated for commercial operation in 2027.

TSMC is also building backend testing and packaging plants at HSP and STSP. It announced recently that it will build an additional fab in Kaohsiung, southern Taiwan, focusing on the mature 28nm process and the advanced 7nm process. The Kaohsiung fab will cost about US$9 billion and is slated for mass production in 2024.

With those expansion projects, TSMC will continue releasing equipment and material orders to suppliers. Therefore, the supply chain makers will likely queue up at TSMC to secure related orders. As TSMC is building a fab in the US, the supply chain makers, for the same reason, may follow in the step of TSMC to set up production bases in the US, despite high production costs.

In Taiwan, since STSP has become a primary production center for TSMC's advanced process nodes, many local and international suppliers have also set up operation bases adjacent to STSP in recent years. These firms include upstream material and component suppliers such as CMP slurry products, quartz furnace tubes and polishing pads, and downstream backend service providers.

For example, ASML set up its Global EUV (extreme ultraviolet) Training Center - the first of its kind outside of the headquarters in the Netherlands - at STSP in 2020. The training center aims to produce 360 EUV engineers a year. TSMC is the largest customer for ASML, with its cumulative purchase of EUV equipment estimated to have exceeded 50 units, or over EUR5 billion (US$499.87 million), as of the end of 2021.

Entegris, a supplier of advanced materials and process solutions for the semiconductor, announced in late 2021 that it will increase its investments to US$500 million from the previous amount of US$200 million for setting up new facilities in the Kaohsiung campus of the STSP over the next three years.

Entegris' new investment comes after the firm expanded its R&D center in Hsinchu, northern Taiwan, in 2017 and completed a follow-up US$6 million facility update at the center in 2018.

Germany-based Merck Group announced earlier that it will break ground for a new semiconductor manufacturing and R&D center in Kaohsiung in the third quarter of 2022. Additionally, the group will expand the facilities of its plant in the Luzhu (Kaohsiung) campus of the STSP to develop semiconductor deposition materials.

In 2020, Japan-based Tokuyama announced that it will form a joint venture in Taiwan with the Formosa Plastics Group (FPG) to manufacture and sell high-purity isopropyl alcohol (IPA) to the electronics industry. Other Japanese firms, including Fujibo Holdings, Tokyo Electron and Valqua, have also accelerated their deployments at STSP.

While keenly competing with Samsung Electronics and Intel in the sub-7nm advanced process node market, TSMC appears to have gained the upper hand by securing chip orders from Apple and other primary IC vendors.

On the other hand, Intel touted recently that it will kick off the production of its 20A (2nm) products in early 2024 and 18A (1.8nm) in the second half of 2024, or a few months ahead of schedule. But recent market reports indicated that Intel's developments of advanced process nodes and related platform products have been delayed. And the US chip giant has yet to gain meaningful presence for its wafer foundry service.

Samsung began production for its 3nm gate-all-around (GAA) process node at the end of June. However, the feedback from the client side has not been enthusiastic, and the industry's evaluation regarding the performance of the 3nm GAA technology has been lower than expected.

And according to Samsung's technology roadmap, it will unveil its 3GAP (3nm gate-all-around plus) process node in 2023, followed by its 2nm technology in 2025.

Neither Intel's 20A and 18A process nodes nor Samsung's 3nm GAA and 2nm GAA process technologies can really compete effectively against TSMC in the 2nm-generation, according to sources from the semiconductor equipment sector, judging from yield rates, client bases, order sizes and track records of these companies.

Meanwhile, TSMC will likely begin mass-producing its 3nm family products in September 2022 and launch its 2nm GAA process node in 2025. TSMC's 2nm GAA will use a new multi-bridge channel field effect transistor (MBCFET) architecture based on the GAA process.

More importantly, Apple and other clients, including Nvidia, Supermicro, Qualcomm, MediaTek, Broadcom, and even Intel, have already booked the bulk of TSMC's advanced processing capacity.

Although Samsung and Intel have accelerated the development of their advanced process technology and spent much money on EUV equipment, the difficulty in securing sufficient orders and customer support means they are facing an uphill battle trying to unseat TSMC in the foundry sector.

(Editor's note: The foundry business will be a major focus of DIGITIMES Asia's Supply Chain Summit to be held in Taipei on September 27 and 28. You can register here.)