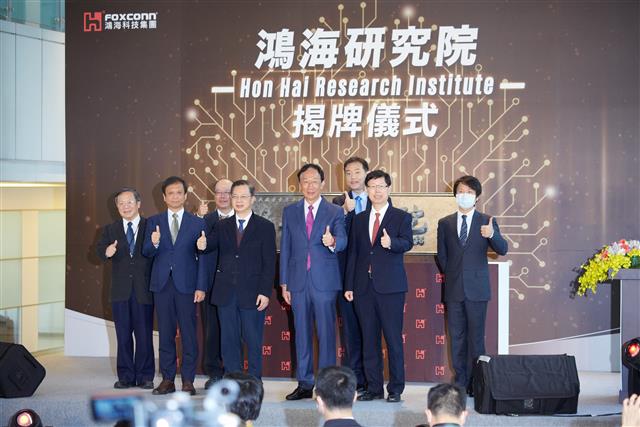 Foxconn Technology Group (Hon Hai) has announced its attempt to launch a communications satellite into the low Earth orbit (LEO) in 2023 at the earliest, showing Taiwan industry's eagerness to strive for the LEO business opportunities.

Taiwan's government has planned a Beyond 5G (B5G) program, aiming to launch two LEO communications satellites around 2025 and 2026. It has budgeted NT$4 billion (US$134 million) for the B5G program, including developments of ground station components and systems. The number of LEO satellites might increase to six in the next stage, sources familiar with the matter said.

Questions have been raised if the government's schedule is too slow to keep up with the global space industry's progress.

Developing LEO satellites is one of the group's three business priorities, alongside electric vehicles (EVs) and semiconductors, Foxconn chairman Young Liu told an investors' meeting on May 31.

The group envisions that its satellite would be connected to the EVs developed through its Mobility in Harmony (MIH) platform, just as Tesla and SpaceX's Starlink program can be mutually beneficial.

With its solid manufacturing capabilities, Foxconn could cut into the supply chains of global LEO satellite developers. Its plans to develop quantum computing and autonomous driving technologies, if successful, would significantly expand the group's business scope as well.

A new technology or product is most lucrative at its early stage, for the derived profits would diminish with more competitors sharing the market, and those who cannot make a profit would be squeezed out of the market, the sources said.

Sources familiar with Foxconn's plan said the group would purchase a ready-made satellite bus from overseas to carry its own payload, which costs dozens of millions in NT dollars. If the said satellite is launched through a rideshare program, the launch cost could be kept below US$300,000, the sources said.

Whether Foxconn is to develop a cubesat or a small satellite, the satellite's volume, payload, required power, and mission scope are different from the B5G satellites that are being developed by Taiwan's National Space Organization in collaboration with Industrial Technology Research Institute (ITRI). The two programs cannot be compared to each other, the sources said.

Many Taiwanese electronics makers have expressed their interest in developing LEO satellites, but Foxconn is the first to take concrete action, sources in the academia said. The group has signed a non-disclosure agreement with a Taiwanese university, while more observation is needed as to if other electronics firms would follow suit, the sources said.