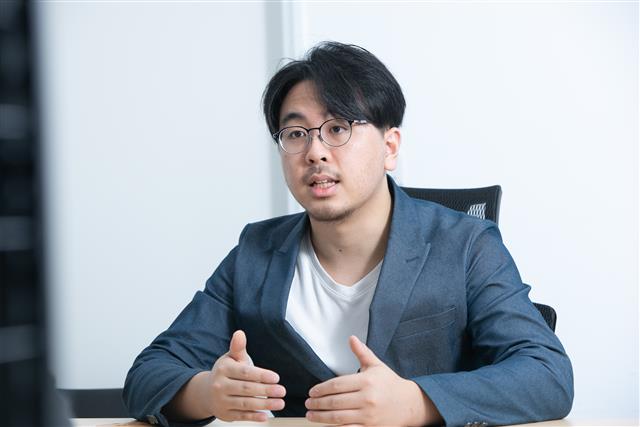 Space technology has become one of the hot topics recently, with Morgan Stanley, Bank of America, and Citi Group all forecasting the revenues of the space tech industry will hit US$1 trillion by 2040. Tensor Tech, a startup from Taiwan, is likely to play an important role in that promising future.

Tensor Tech was founded in 2019 by four young men in their twenties. They provide spherical motors and attitude determination and control subsystem (ADCS) solutions that help cut costs of building the satellite as well as launching the rockets.

While satellite minimization is the key to tackling both issues, the attitude control system, among all sub-systems, is the only remaining system that cannot be shrunk due to the logical limits of physical laws. "By adopting Tensor Tech's solution, the weight, size, and power consumption of the ADCS are reduced by 2/3 compared with traditional systems," according to Tensor Tech's website.

The size of Tensor Tech ADCS is only as large as a suitcase. Their invention, the spherical motor, can perform functions originally done by three traditional components, thus saving significant volume to accommodate more payloads. Their products have been loaded on a satellite launched by SpaceX-Transporter 3 rocket in January 2022.

DIGITIMES spoke with Tensor Tech co-founder and CEO Thomas Yen to learn about their invention and their vision for space technology.

Q: Tell us about the background of this young team. How many years have you spent materializing the innovation of spherical motor? And what were the greatest challenges? How did you overcome them?

A: Our team, including three co-founders and I, have started to build the spherical motor since 2016. We were high-school students in the Young Tech Talent Program doing research in the laboratory at National Cheng-Kung University (NCKU), under the instruction of Dr. Min-fu Hsieh. (The research result won the gold medal in iONE Student Tech Innovation Competition in 2017).

The opportunity came up when our laboratory in NCKU was helping the National Space Organization in Taiwan to build motors for satellites. We found that there are some bottlenecks in the satellite industry – they need to minimize the weight, volume, and power consumption so that they can provide more services to the customers.

In the first two years, we tried to realize a multi-degree of freedom actuator, with some kind of magnetic system, applying electromagnetics principles to make it work. We spent another three to four years trying to find suitable applications, hoping to make this spherical motor more mature and more useful to solve the problems in space-tech applications.

In December 2019, we started up this company, Tensor Tech, believing that satellite is something that our spherical motor would be very useful. But at that time when the company was just founded, the product had not been fully validated in space, so we spent two years on some environmental testing, functional testing, and optimization.

In the beginning, we thought people would be interested in this single component, only to realize that what customers needed was a total solution. Therefore, we built the attitude determination and control subsystem (ADCS) to help out our customers. So the challenge back then was the need to upgrade our capability as system integrators, otherwise, it was difficult to sell our spherical motors. That's the main challenge.

The reason why we switched from researchers to become entrepreneurs is that we want to make an impact to help accelerate the development of space technology. We realized that if we remain engineering researchers, no matter how comprehensive our research can be, without feasible industrial application, that's meaningless. Unless you are doing fundamental research and publishing papers in mathematics or physics, they could have some theoretical value. But when you are doing engineering, and you didn't have an available product on the market, then you influence no one. That is why we started up this brick-and-mortar company coming out of the research paper to provide commercially-sound products. Q: You must have experienced many experiment failures before getting everything right for this new invention, the spherical motor. How do you overcome the challenges? When you decided to drop out of school to go full-time as an entrepreneur, there was no way for you to know whether this project will succeed or not. What kept you going?

A: Yes, there will always be failures in every scientific experiment. I don't feel frustrated because of this, but the only thing I worried about is the time and money. Because when experiments failed, that means I must do it again and will take more time to do it right. We don't have the luxury of unlimited resources and time. I still have to publish some research outcomes, demonstrate our products, and do flight tests. Sometimes the result turned out just as expected, sometimes things went out of our control because engineering is just not pure mathematics that you can derive things perfectly on paper. In the engineering world, there's also always a (black) box, you have to solve the problem without first knowing what went wrong.

Every time that we fail one prototype, then we have to spend money to build a second one. And because of that, I am always trying to make ends meet. I remembered when we were still working at the National Cheng-Kung University Lab, every time I burned a MOSFET transistor, I felt anxious, because the price of one MOSFET was six times the money I pay for my lunch.

I realized that sufficient funding matters a lot to engineering projects. And I learned that I need to secure funding to update my equipment, tools, and methodology when doing research.

The first year our company was founded, we relied on government funding. Since 2000 we started to raise funds from private investors. That helped us to make progress quickly. When a product has already proven its feasibility, there are only time and money issues. When a more difficult engineering problem emerges, people just need more money and more time to solve it.

We are lucky to have mentors to help us grow. Dr. Min-fu Hsieh, a professor at NCKU, has been a mentor for us on the science, engineering, and technology side from 2016 to 2017. We are also a spin-out company from his lab. On the business side, I think Mr. KS Pua, founder, and CEO of Phison Electronics, is one of our very good mentors who give us very sharp advice and input from time to time. KS is also one of our angel investors. Our angel investors used to be engineers and now they are successful entrepreneurs. We are grateful they sacrifice their leisure time to teach young people like us.

Q: Any insights from the Satellites 2022 conference hosted in Washington DC that you participated in March? What's your plan to develop your overseas markets?

A: Most of the space-tech companies were there, and more than half of the exhibitors are building ground stations. And of course, there were also demands from the satellite side. We met some research institutes trying to build their own satellite constellation. Some satellite system integrators might not understand the trade-off of the ADCS, so it is very good to communicate with them face to face and build connections. We can give them some suggestions because we are a professional subsystem deliverer. We secured some orders from companies that we have already known before the trade show. During the event, we exchanged more information and kept in touch, and they decided to give us the orders.

Q: How do you differentiate yourself from other competitors?

A: Our spherical motor is a new invention. In the satellite industry, there is the system level, subsystem level, and component level. And for component level, if you are selling something that's just the same as the other people, such as a traditional single-axis reaction wheel, that's something our customers know how to integrate. But for the spherical motor or reaction sphere, our customers didn't have experience with integrating this component before. Therefore, we decided to promote the spherical motor as a total solution, which also makes us stand out from other competitors.

Take one customer for example. The Big Red Satellite Team which secured funding from NASA has to build its own 1U CubeSat. So the 1 U cube sat is around 10 x 10 x 10 centimeter by volume, which are nanosatellites. We just delivered them a fine sun sensor, which is a kind of attitude determination component. The difference between our product and competitors is that our product is smaller and lighter, and consumes less power. Our competitors' products are too large, so they have to be installed on the surface of the satellite. But because the surface of the satellite is usually installed with solar panels, they will have to remove some solar panels, which will result in less power generated for the satellite. But by using our fine sun sensors, they don't have to remove the solar panels. They can just install our fine sun sensor between two solar panels.

Q: Do you customize according to your customers' needs? Do you have standardized products for mass production?

A: Most of our products are standardized products. We have the option sheets for our customers to fill out when they order stuff from us, based on the configurations they need and the accessories that they require. We deliver according to the option sheets. But of course, we do help people to build customized products as well.

Q: What is your vision for this company? In 5 years, or 10 years, what goal would you like to accomplish?

Elon Musk has said that "Earth is a cradle for humanity, but to stay in the cradle forever is plain stupid." That is, mankind needs to grow up and explore the universe. Most of the entrepreneurs who are doing space-tech startups share a common vision -- we want to help humankind to become interplanetary species.

When running out of resources on earth, people will fight for resources. So it's very important for humankind to explore the universe because there are plenty of minerals out there.

Our company's core value is to help people minimize the cost of achieving the goal of extra-terrestrial explorations. We hope to provide stable and high-quality solutions to help them maintain high performance but cut down the cost and power consumption. We also help them save more space for installing the payload that they can make money for.

I personally believe innovations and technological advancement is the main force driving the progress of civilizations. Therefore, I believe we need to continue innovating to advance the technologies. So, what we are doing now is very important -- we want to find our position in accelerating the process of exploring the universe and a better future for mankind.