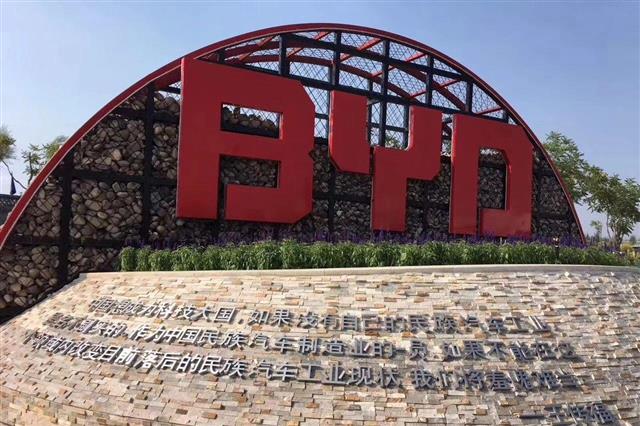 BYD has reported strong sales growth for April, defying supply chain disruptions. In the same month, China's automobile production declined by half due to COVID lockdowns.

Compared to April 2021, automobile production and sales decreased by 46.1% and 47.6% respectively.

Car sales of 1.18 million units marked a new low in the past decade. Both passenger and commercial cars saw a slash of sales in April.

Amid the latest sharp surge of COVID cases in China, cities including Jilin, Shanghai, and Beijing are seeing forced halts of production activities. Auto OEs and suppliers such as Tesla, SAIC, Aptiv, ZF, and Bosch were forced to shut down production temporarily, while NIO and Great Wall Motors were affected by shortages of components.

Many auto makers have seen production decline by an average of 40% as of late, some even 60%.

Secretary-general of China Passenger Car Association (CPCA) Cui Dongshu said automobile production in Changchun would go back to normal level in May, and Shanghai would adopt a high-resilience supply chain model to accommodate the pandemic. He expects sales and production to surge in May.

Sources at SAIC also said production in Shanghai will restore at least 80% starting from mid-May.

Other supplier sources said automobile sales and production may not go back to normal until the second half of the year, anticipating significant progress in the third quarter.

Despite sharp falls in production, local automakers logged a 9.6% increase to 46.4% in retail market share in April, compared to the same period in the previous year.

Among all local auto brands, BYD took the first place in terms of monthly sales. It sold 104,700 units in April, 138% higher than the April 2021 level. Following BYD were FAW-Volkswagen and GAC-Toyota.

Sources said BYD was less impacted by Shanghai lockdown as it runs production in many different cities and has built its own supply chain.