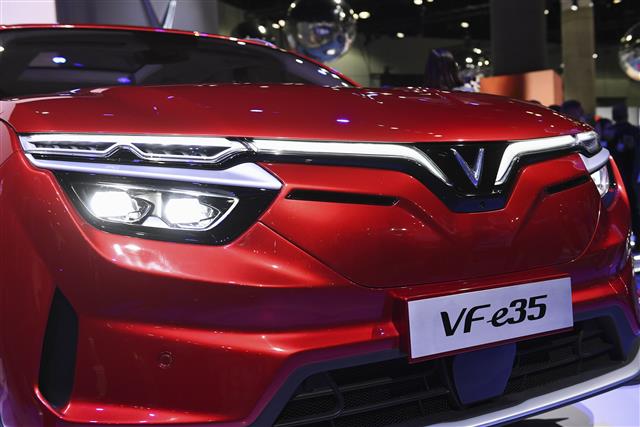 Vingroup chairman Pham Nhat Vuong said Vingroup will provide incentives and assistance in leasing land and facilities in Vietnam to auto chip makers who sets up production in Vietnam.

According to Vietnam Express and VIR, Pham stressed that component shortages could cause big problems as each automobile needs 3,000-4,000 components. Vingroup is doing everything to attract suppliers to set up production in Vietnam by offering free industrial land use for 10 to 15 years.

With a production goal of 17,000 units of EV, VinFast under Vingroup has received 4,000 preorders, and due to the economic uncertainties, it may postpone its IPO to next year, according to the reports.

The Vietnamese EV maker is reportedly building a production plant in the US, according to the Edge Market. The US plant is expected to produce 150,000 units to be sold locally with another 600,000 units to be manufactured in Vietnam and sold to the US by 2026.

Its Vietnam production aims to adopt up to 80% locally made components. However, it is facing constant shortages of lithium, cobalt, and nickel, said Pham. Supply of auto chips from China has also been disrupted due to lockdowns in China.

To tackle the shortages, Vingroup is working with miners to secure long-term supply.

Last year, the group reported a loss of VND7.56 trillion (US$328 million) after tax. Its goals for 2022 are to turn loss into a profit of VND6 trillion after tax and to reach 11% higher in revenue at VND140 trillion.

VinFast has promised to create 7,500 job opportunities in its production plant in North Carolina. The plant is expected to produce battery-powered VF8 and VF9 SUVs.

Its VinES battery manufacturing plant in Vung Ang, Vietnam, which was set up in December last year, marks a milestone for the development of the group's self-sufficient EV supply chain.