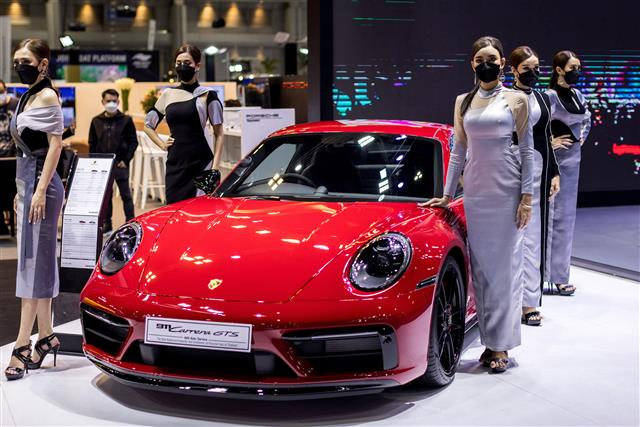 Vietnam is following the vehicle electrification trend alongside the global automotive industry. Even though Vietnamese manufacturers are only starting to make electric vehicles (EV), the introduction of EVs by international and local automakers has spurred Vietnam-based automaker VinFast to ship EVs domestically and actively enter the US market, showing that Vietnam is sparing no energy when it comes to EV development.

For example, in 2019 and 2020, Audi and Porsche began introducing EVs to the local Vietnam market and setting up charging stations. Toyota launched its hybrid Corolla Cross in Vietnam in 2020 and its hybrid model Camry in 2021. Mercedes-Benz Vietnam also revealed it will sell two of its EV models, the EQB and EQS, locally. Volkswagen is planning to sell its EVs in Vietnam as well.

In 2021, Vietnam-based automaker VinFast launched its model VF e34 battery electric vehicle (BEV), the first locally-produced EV in Vietnam. The first batch of EVs was handed over to customers at the end of 2021. VinFast is also setting up charging stations across Vietnam to complete its EV ecosystem. Vietnam-based automaker Thaco also launched a BEV, the Kia EV6, and revealed plans to begin sales in 2023.

Since car manufacturing is a high value-added manufacturing activity, industrialized countries tend to prioritize the development of local auto industries with the aim to become a center for exporting cars.

Vingroup, the parent company of VinFast, plans to make Vietnam a major manufacturing country for the auto industry and is looking to do so by breaking into the EV market. However, Thailand has long dominated the auto industry in Southeast Asia. It has done so by focusing on exports and pushing for market reforms, which have made it attractive to foreign automakers looking for a regional manufacturing hub. Driven by strong local demand, Indonesia is also catching up to compete for Thailand's leading position.

In reality, Thailand and Indonesia have set their sights on an already crowded EV market. The EV plans in both countries are supported in some way by the state. In Thailand, which already has well-established infrastructure for auto manufacturing, major state-run oil and gas company PTT is teaming up with a China-based EV company to expand production. Indonesia has been using its control of nickel ore, an important raw material for manufacturing lithium-ion batteries, to encourage downstream investment (EV production).

While Vietnam's position in the EV production value chain is undoubtedly lower, high-tech components for parts such as engines are often designed and manufactured overseas then shipped to Vietnam for final assembly. Elevating Vietnam's manufacturing position is about giving local companies the ability to build and design these key components themselves. This, however, involves high levels of investment in research and development, human capital and technology, all of which will drive the industry's long-term growth.

In 2020, auto imports in Vietnam were valued at US$2.35 billion. Indonesia and Thailand were the two main suppliers, with both countries regularly producing and selling more than 1 million vehicles a year; both countries are also net exporters. Therefore, Vietnam has a long road ahead before it can challenge either of these two major auto manufacturing hubs in Southeast Asia. Additionally, most auto production in Vietnam is tied to local factories that have been authorized by foreign automakers that use imported equipment to assemble vehicles, which has impeded EV development.

However, since VinFast, which dominates EV development in Vietnam, is privately held, it is very good at using technology to foster innovation and driving the rapid growth of intelligent and technology-oriented products such as cars. Indonesia-based tech startup Go-Jek has been driving innovation in a variety of different fields and recently announced it has invested in EVs. In a similar manner, VinFast could seize the opportunity to lead EV development in Vietnam.

The auto market in Vietnam was very sluggish throughout all of 2021. However, growth momentum began to emerge with the gradual resumption of market activity, positive policy news, new vehicle models, as well as the introduction of demand-stimulating policies by automakers and trading companies. It is also worth mentioning that Vietnam announced the registration fee for locally manufactured and assembled cars would be reduced by 50% beginning on December 1.

Despite the slow auto market in 2021, Vietnam's automakers continued to update their product lines to better appeal to local customers. This was one factor that contributed to the excitement in that auto market in the final months of 2021. Some of the new cars launched in Vietnam have also been given new names, such as the Nissan Almera (Nissan Sunny), Kia K5 (Kia Optima), and Kia K3 (Kia Cerato). Furthermore, new SUV models such as Kia Sonet and Toyota Raize appeared for the first time.