Though neuromorphic computing is still in the early stage, it promises a new way to make AI devices smarter, smaller, and more efficient by incorporating design elements from the study of how human brainswork.

Based on the research results from Dr Chris Eliasmith's Theoretical Neuroscience Lab at the University of Waterloo's Systems Engineering Department, Canadian AI startup, Applied Brain Research Inc (ABR), has developed the Nengo platform, which is well known for its ability to program and visually debug neural network models on a variety of computer chip architectures, including the most powerful emerging neuromorphic chips, such as the Intel Loihi and SpiNNaker research chips. Nengo's has a number of unique abilities, such as its ability to translate AI models to run on any of Nengo's supported platforms, from CPUs, GPUs, micro-controllers, FPGAs and super computers, to neuromorphic chips.

Peter Suma, co-CEO of ABR, said that Nengo is the easiest to use and most powerful neuromorphic AI development studio for real-time, multi-platform AI system development. "Nengo allows developers to develop an AI model once for all platforms and then with the flip of a switch, run the algorithm on a neuromorphic chip and then benchmark all deployments easily to compare power, speed and accuracy."

While commercial neuromorphic chips are not available yet, many organizations are working with pre-release, research versions of the chips from the labs at various companies including Intel and IBM.

He emphasized that neuromorphics applied to real-time vision could be a game changer for edge vision. Within the next few years several new neuromorphic chips are expected to be announced, quickening the pace of development.

"One area where the next advancement is likely to emerge could be in vision where millions of neurons are needed to make vision chips that are more efficient than GPUs. We are likely only one or two generations away from that point," he said. "With all these hardware innovations coming, being able to capture the new hardware advantages while not having to redevelop all your AI networks is really important, this is one area where Nengo shines."

In light of this, ABR's Nengo is ready to serve developers to take advantage of these exciting new hardware platforms by extending their AI network assets into neuromorphics through its legendary multi-platform support.

ABR has patented a series of algorithms discovered from years of studying brain computation and is using them to increase the efficiency of AI processing in devices to serve makers of devices by making their devices smarter (running more AI in the device than before) and/or by making their existing AI more efficient to increase responsiveness. As an example, ABR developed a mathematical method for processing signals, such as speech or sensor data, in an AI network that their scientists formally, mathematically, proved is the optimal way to do it. Using this discovery, which ABR added to Nengo, ABR set a world record for the lowest power and smallest AI network for speech command word recognition. Devices that respond to voice commands (such as wearables, phones and cars) can do no better for longer battery life and for the fastest, most accurate voice command recognition implementation, than using ABR's networks.

"By using our brain-inspired AI methods and Nengo, we can make existing AI systems much smaller, much lower-power, and very often more accurate, thereby reducing the size and cost of the chip and memory needed to process the AI on the device," Suma said.

With these advantages, ABR is now seeking device maker customers, in a bid to help them make their devices smarter and as efficient at processing as is mathematically possible. 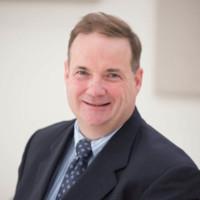 Tags
AI Canada innovation news Smart applications startup
Share this article
Other links
Print
Related content
Related story
Intel advances neuromorphic with Loihi 2, new Lava software framework
Related topic
Innovations
Looking for startups?
Startup database
Profiles of startups from Taiwan and around the world: their technologies, product developments, fundraising rounds, etc. All startups are welcome to register their profiles - free of charge.
Register
Accelerators & incubators
Information about accelerators and incubators from Taiwan and around the world that are mentoring startup businesses and teams. All mentors are welcome to register their info - free of charge.
Register
Events calendar
Major events, including those organized by the government, DIGITIMES, and others, featuring startups, innovative technologies and products from Taiwan, Asia and around the world.