Highlights of the day: Micro LED catches attention at CES 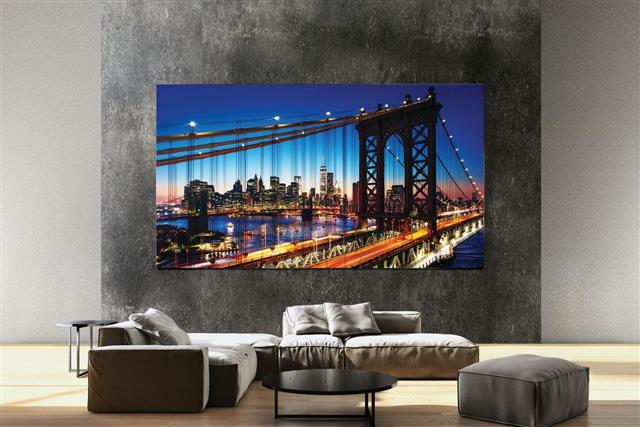 CES 2020 has started with a bang. Big companies - such as Intel, AMD, and Samsung - and startups alike are showcasing their latest products and innivations at the annual show in Las Vegas. For the display sector, mini and micro LED technologies are catching attention, with Samsung demonstrating its modular micro LED display modules, The Wall, that can be stacked up to cover an entire wall. Taiwan's ITRI is also showcasing a 16.7-inch modularized micro LED display that it claims is the world's first model directly mass transferring micro LED chips onto PCB backplanes - a process that can reduce production costs. Digitimes Research believes, as shown its latest Special Report on mini/micro LED outlook, technological improvements are expected to broaden micro LED's adoption in display modules which can be mosaicked into large screens of various sizes starting 2024. Device vendors have also unveiled their mini LED-backlit monitors for gaming. And with Intel, AMD and Nvidia releasing their next-generation processors, PC demand is expected to pick up in the third quarter of 2020. Meanwhile, OmniVision reportedly will raise th eprices for high-resolution CMOS image sensors due to tight supply.

Micro LED to be widely used in large displays starting 2024: Micro LED technology is limited to applications in high-end large-size commercial displays and deluxe home theater systems currently due to high production cost, but technological improvements are expected to broaden its adoption in display modules which can be mosaicked into large screens of various sizes starting 2024, Digitimes Research's newly published Special Report on the outlook of mini and micro LED.

OmniVision to raise CIS prices to reflect tight supply: OmniVision will revise upward by as much as 20% its quotes for high-resolution CMOS image sensors for use in consumer devices due to tight supply, according to industry sources.