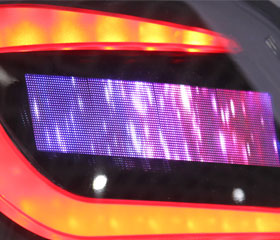 In the display industry, the LCD sector is seeing stagnant growth, with OLED gradually carving out a big chunk of the market share, particularly in the small- to medium-size segment. While OLED aspires to become the next mainstream of the display market, LED makers are striving to stake their own claims, banking on mini and micro LED technologies.

Fine pixel pitch LED products will transition into mini LED products in the next stage of development. Leading manufacturers of mini LED displays currently include Sony, Samsung Electronics and Lumens. China-based and US-based LED display makers including Leyard, Unilumin, Aoto and Daktronics are also looking to foray into this segment.

LCD, compared to micro LED and OLED, has the advantage of high yield and low cost but lags behind in value-added features such as color space, lightweight and slimness, bendability, and transparency.

This Special Report analyzes the challenges and opportunities facing mini and micro LED developments. It offers insights into the market segments where the emerging LED technologies are likely to succeed.