InforCharge's wireless charging station can be installed in places including restaurants and cafes, and users are able to activate the station's wireless charging functionality through conducting a promotion activity for the places on social media sites.

While charging the user's device, the station will use its facial recognition technology to identify the user's age and gender, and then display advertisements that may interest the user.

So far, the company has installed around 400-500 units of the wireless charging station throughout Taipei and is looking to form partnerships with more stores, such as cafe chains. 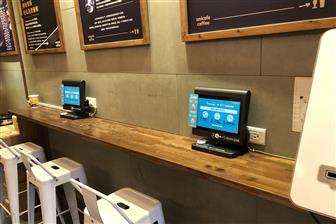