Aerospace components makers have usually used 5-axis machine tools in their production, but because such tools are very expensive, they are seeking to use robotic arms to reduce equipment cost by 60%, ITRI said.

To solve the problem, ITRI has developed EtherCAT-Motion Intelligence Orchestration (eMIO), a robot controller platform capable of reducing deviation in positioning to a precision level of ±0.23mm. Production cost for Taiwan-made robotic arms equipped with eMIO is estimated to be 50% lower than those with the same precision offered by international vendors, ITRI indicated. 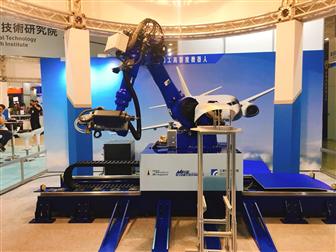