Huawei has recently announced in Bangkok, Thailand its plan to invest US$81 million over the next three years to help foster a local ICT ecosystem. The move shed light on the company's strategy to expand into ASEAN markets and create a digital economy ecosystem. Amid the upcoming 5G era, many Taiwan-based ICT businesses are eager to build digital ecosystems and can learn from the aspiration and vision shown in Huawei's recent strategy.

Huawei's investment plan in Southeast Asia will focus on building OpenLabs, enabling cloud developers and cultivating ICT talent in the region. The intricate planning behind Huawei's move to beat competitors to 5G IoT opportunities in northern ASEAN member states is particularly of interest. Why did Huawei choose Thailand? What was the reasoning behind this strategy?

The speech given by Huawei's rotating chairman Ping Guo at the fourth Annual Huawei Asia-Pacific Innovation Day, co-hosted by the National Science and Technology Development Agency (NSTDA) of Thailand and Huawei, provided an insight into the company's strategy to leverage Thailand to create a 5G digital ecosystem in Southeast Asia markets with different languages, cultures, demographics and infrastructures.

With maturing IoT, cloud computing, data analytics, artificial intelligence (AI) and machine learning technologies, increasing semiconductor processing power and decreasing data storage costs, the businesses that are able to combine these high-tech advances for platform or ecosystem developments will have the best chance to reap big benefits. However, is such a platform or ecosystem only good for e-commerce applications? It is clear that Huawei holds a different view.

What Huawei is promoting is no longer an Internet ecosystem but a digital ecosystem. According to an analyst who has been following Huawei for years, its NB-IoT technologies and cloud computing services have enabled water purification equipment providers to monitor filter condition, water meter suppliers to achieve smart meter reading, greenhouse shelving to have smart temperature, humidity and ventilation control and streetlights to have automatic brightness adjustment. Huawei has positioned itself to be an enabler of the IoT era.

In agreement with Huawei's strategy, Thailand's deputy prime minister Somkid Jatusripitak said at the Huawei Asia-Pacific Innovation Day event that amid the country's efforts to transition toward digital economy, it is hoped that Huawei will help Thailand capture opportunities in 5G, NB-IoT, AI and big data analytics and accelerate Thailand's economic growth.

Why Thailand? A high population density plays a critical role in 5G and IoT developments while a high network speed is also important. Thailand has a population of 68 million people and 8.28 million of them live in Bangkok, which is expected to become a mega city with a more than 10 million population within five years, according to a Thai research institute.

According to data released by the National Statistical Office of Thailand in 2017, 70% of people in Bangkok and 76% of people in the less developed northeastern region use smartphones and 90% of Internet users get online through their smartphones. Young people in Thailand are also heavy users of social media. Thailand has superior network infrastructure among Southeast Asia countries, only second to Singapore. According to American Internet broadband testing company Ookla, Thailand has an average network speed of 19.96Mbps, leading Vietnam (14.2Mbps), Cambodia (5.9Mbps), Brunei (5.51Mbps), Myanmar (5.0Mbps), Laos (4.5Mbps), Indonesia (4.3Mbps) and the Philippines (3.5Mbps).

Why did the Thai government choose Huawei as a partner for its Thailand 4.0 initiative? Huawei has put in tremendous efforts and resources to present its technologies and interfaces in local languages. Thanks to such a high level of localization, Huawei is enthusiastically embraced by consumers and governments of the 10 ASEAN member states with diverse cultures and languages.

Why is it important to obtain the local government's support? In a digital economy, it has become a major public concern over who has control of the data, what they will use the data for and where they will store the data. For this reason, the EU has implemented the General Data Protection Regulation (GDPR). Southeast Asia countries including Indonesia and Vietnam have also begun to require that sensitive data such as banking and healthcare data be stored in servers located domestically. Accordingly, without the local government's trust and authorization, it is difficult to obtain the data needed for research and development.

Platform economy must be a joint effort

Huawei already elaborated on the digital ecosystem it intends to create at Huawei Connect 2016. In Bangkok, Guo mentioned again the Costa Rica ecosystem. That is, Huawei is committed to enabling an open and diverse digital ecosystem that is like the "Costa Rica ecosystem," allowing all stakeholders including partners and customers grow and prosper together. The number of new species in biodiversity-rich Costa Rica is increasing faster than in other ecosystems in the world. For example, wildlife diversity is growing 10 times faster in Costa Rica than in Hawaii.

Guo clearly said that in the Internet era, digital economy was only beginning to take shape without a fully developed ecosystem concept so the build-up of ICT infrastructure and ICT security relied on supply chain vendors. However, as digital economy develops into an advanced stage, wherein it supports digitization and smartization of multiple industries, collaborations across sectors, borders and end devices become necessary. It is also imperative to have an open ecosystem as well as full support and engagement by governments around the world. Guo pointed out that IoT and digitization in all sectors including transportation, agriculture, tourism, education, industry, manufacturing and maritime entails more extensive, open and win-win cross-ecosystem collaborations. It can hardly be achieved by any individual company or vendor alone by itself.

Due to its Chinese military background, Huawei has to deal with American and European governments' long-standing distrust but faces little such issue in Southeast Asia countries that have urgent needs for infrastructure investments and high-tech talent.

Huawei has seven OpenLab R&D centers around the world, which is a realization of the "Costa Rica ecosystem" concept. The establishment of the 7th OpenLab in Bangkok on June 1, 2017 has allowed Huawei to make its own ICT achievements available to customers and partners. OpenLab Bangkok can offer ICT training for 800 persons, ICT career certification for 500 persons and 150 items of POC testing every year. It also serves as Huawei's innovation accelerator, hosting 20 groups of ICT startups for on-site visit and exchange of opinions every year. Centering on Bangkok, Huawei is expanding its support for high-tech startup and talent incubation outward to other regions in Thailand and neighboring countries including Vietnam, Cambodia, Laos and Myanmar.

In brief, in the times of digital economy, working alone will not lead to success. Huawei, already a dominant market leader, believes it will not be able to realize an IoT and digital ecosystem by itself. Neither can Taiwan-based companies. 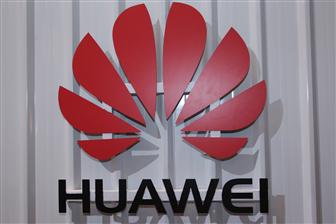