Leveraging Taiwan's IT industry forces, the Industrial Bureau of the Ministry of Economic Affairs invited nine vendors from various IT fields, including ThroughTek, Chunghwa Telecom, Everspring and ITRI to represent Taiwan Pavilion for the Mobile World Congress 2018 in late February this year. This year, the Taiwan Pavilion, already well-known for quality hardware manufacturing, will be spotlighting Taiwan's software development capabilities, including cloud-based applications, mobile communications and big data analysis.

ThroughTek is the first Taiwan cloud platform vendor to gain recognition and reputation in China and then launched into Europe and US markets. In the past 10 years, with its accumulated years of software technology expertise, ThroughTek has successfully helped Chinese hardware manufacturers to further expand their markets into Europe and the United States. In recent years, more IoT applications have been developed, and ThroughTek, with in-depth software technology background focusing on cloud platform development, has been actively sought out by many European and American brands for direct collaboration.

ThroughTek is a one-of-a-kind Taiwan-based company that uses software foundation as the starting point for market strategy in IoT industry and has once again been invited back to headline Taiwan Pavilion at MWC in Spain to demonstrate the latest cloud service solutions. For four days in Barcelona beginning from February 26th, the Taiwan Pavilion's nine companies will work together to showcase the soft power of Taiwan's IT industry. ThroughTek will also present diversified applications of video surveillance in the field of Internet of Things to international buyers. ThroughTek's future development potential is expediential. 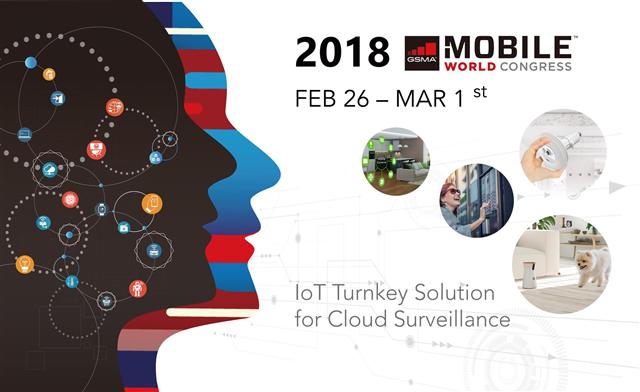