Digitimes Research: High-brightness LED output value to grow by 13.4% and LED lighting penetration to increase to 11.3% in 2012

Digitimes Research predicts the growth of high-brightness LEDs in 2012 to reach 13.4% with an output value of US$10.1 billion. However, MOCVD demand will shrink to 200 units in 2012.

The combined share of high-brightness LEDs in the Japan, South Korea and Taiwan markets is to reach 61.3% in 2012. In particular, China will grow by 30% in 2012 due to the large amount of MOCVD equipment previously ordered. Approximately 150 units will come online in 2012. China mainly focuses on low- and medium-power LED products.

The sweet spot prices of the LED light bulbs to replace traditional 60W light bulbs are US$25/unit in Japan, US$15/unit in Europe and North America, and US$7/unit in emerging markets. LED light bulb penetration rate is expected to be be 5.4%, around 1.05 billion units in 2012.

The penetration of LED lighting in the entire lighting market was only 6.6% in 2011.

Various governments have been announcing policies and measures to increase LED lighting market share such as 50% in Japan, 30% in South Korea, and 20% in China in 2015.

The global high-brightness LED market output value was around US$8.9 billion, a 7.9% growth on year. 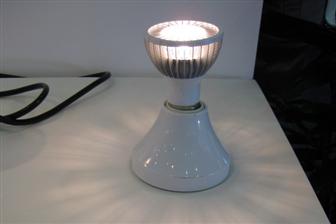