Slim-type and half-height models took up 52.8% and 47.2%, respectively, of the first-quarter shipments, and a further breakdown shows that DVD+RW/-RW burners accounted for 81.5%, DVD-ROM drives shared 17.7%, and Blu-ray Disc (BD) ROM drives, combo drives and burners combined for 0.8%. 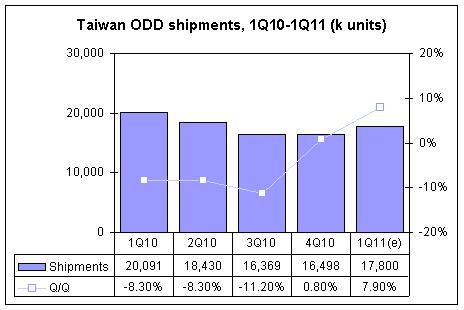