With the introduction of the ATI Radeon HD 5830, gamers have another choice in graphics hardware, with full support for DirectX 11 gaming, ATI Eyefinity technology, and ATI Stream capabilities. 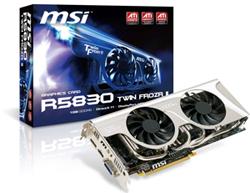