The T41 HD motherboard also comes with a DVI to HDMI adapter. 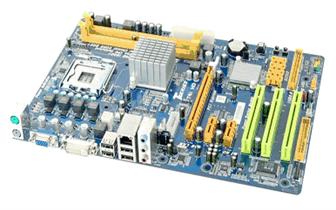