Taiwan-based Higgstec has developed a single-layer projected capacitive touch (S-PCT) solution which offers proximity sensing and better transmittance than other types of touch panels, according to the company.

The multi-touch S-PCT claims a transmittance of 97.4%, compared to 90% for other capacitive panels, and 73-90% for the resistive type, says Higgstec.

S-PCT is highly noise resistance, and with supporting ICs it features proximity sensing, or 3D touch - meaning a touch can be realized without physical contact, according to the company.

The cost of the S-PCT total solution (with IC) may be only a fifth of ordinary capacitive solutions, and almost half of resistive ones, the company claims.

Higgstec, founded in 2002, mainly focuses on research and development of touch technology and human-machine interface applications. Its other offerings include 5-wire resistive and surface capacitive touch panels. 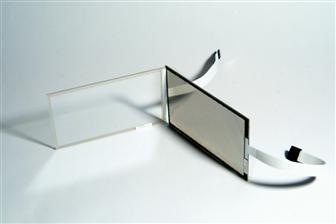