HP pointed out that it plans to abandon single-touch technology and completely enter the multi-touch era in 2009.

HP's TouchSmart tx2 series notebooks will target the consumer market with prices around NT$34,900 (US$1,054). The company believes the series will expand the scale of the touch screen notebook market.

Touch panel makers are also optimistic about touch panel demand in 2009 and expect monthly shipment volumes of around 100,000 units. 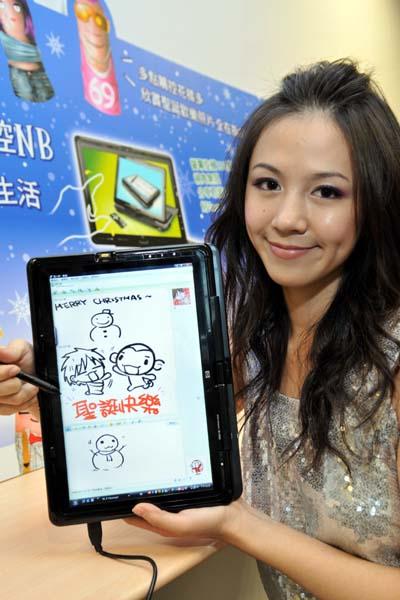