Biostar Microtech International has announced the launch of a number of Intel 4-series-based motherboards, including its TPower I45.

Biostar launched a number of motherboards based on Intel's 4-series chipsets for different user groups at different price points, including the TPower I45, TP45 HP, TP43 HP, TP45D2-A7, TP43D2-A7 and P43-A7 paired with either the ICH10R or ICH10 southbridge chipset.

The motherboard also supports ATI CrossFireX and will be priced at US$179. 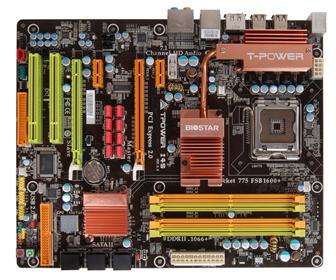