Nvidia GeForce 7050PV GPU delivers rapid onboard graphics with an HDMI port (DVI via an adapter) and a VGA output for dual monitors. The PC also features a PCI Express slot for higher performance graphics cards and a Speed-Link function, allowing for direct connection to PCs by USB.

The PC uses top-quality motherboard solid capacitors, according to Shuttle, noting that the energy needs of the whole system is taken care of by a 300W power supply.

Shuttle also offers the XPC SN68PTG5, which is similar to the Deluxe version but with only a 250W power supply and without WLAN, Bluetooth, Speed-Link and fingerprint scanner, noted the company.

Both Shuttle XPC barebones will be available in the coming weeks. The recommended retail price is 315 euros (US$430) for the SN68PTG6 Deluxe, and 239 euros for the SN68PTG5. 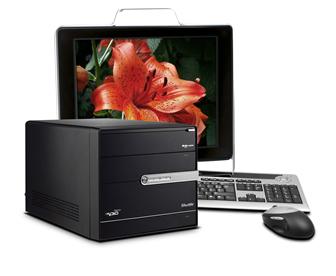