SiS and PCChips jointly announced that the PCChips P33G motherboard is based on SiS' SiS671FX chipset and has been certified Windows Vista compatible and currently is being mass-produced.

The P33G motherboard uses a SiS671FX northbridge and SiS968 southbridge and supports Intel Core 2 Duo, Celeron D processor with FSB (front side bus) of 1066, 800 and 533MHz plus support for single channel DDR2-667/533 memory up to 4GB. The motherboard also has a built-in Mirage 3 graphics core to support Windows Vista with 2D and 3D performance. 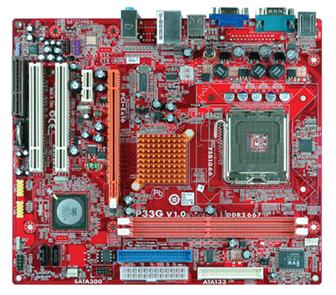