Opportunities and challenges for semiconductor industry in automotive applications (1) 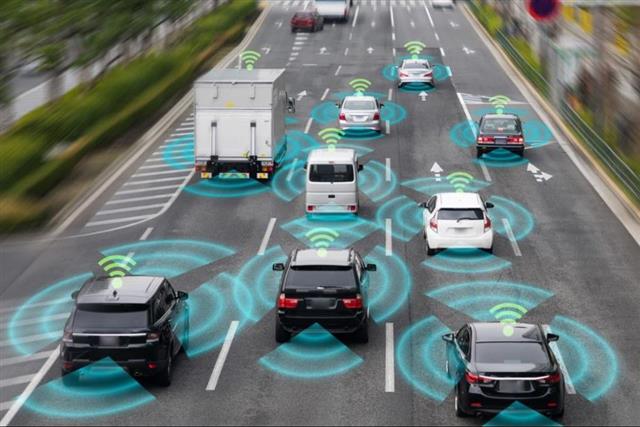 Driven by geopolitical influences and pandemic-induced supply chain disruptions, the supply chains in the past global trade system are being restructured, and one of the possible directions in this regard is regional supply chains.

For the semiconductor industry, on which Taiwan relies heavily to support its economic development, regional supply chains may also bring structural changes. Some strategic measures are needed to cope with the changes and will be discussed in this article.

Information technology, automotive and communication sectors are relatively more closely related to semiconductors, and are the main application markets for the current and future semiconductor industry.

Long-term service begins only after a car is sold

Taiwan pins particularly high hopes on the automotive industry. On the one hand, the automotive semiconductor components market is currently growing at a higher rate than other industries, with semiconductors expected to account for 50% of auto manufacturing costs by 2030. On the other hand, with its semiconductor advantages and the disappearance of the past "engine barrier," Taiwan is likely to fulfill a dream that was missed in the previous industrialization process.

The automotive industry is far more complex than consumer electronics. The end of manufacturing and sales means the beginning of long-term services. The average lifespan of a car in the US is nearly 12 years, and if the statistical long tail is factored in, the stocking requirements for repair parts could last as long as 20 years.

Laws, infrastructure, recalls and other major factors that affect the market environments and operational risks can hardly be controlled by automakers alone as they require long-term deployments to counter. It's no wonder that Toyota still feels at ease in the face of so many electrical and autonomous vehicle upstarts, given its long-term efforts in making regional deployments.

Taiwan's solid foundation in the semiconductor industry is certainly conducive to cutting into the EV and self-driving vehicle sector, but to benefit from the sector is not necessarily a foregone conclusion. Regionalized supply chains require strong support of local elements, ranging from component manufacturing to the maintenance of products. With the aforementioned major factors facing the auto industry, it is almost like constructing a high-rise building from the ground if Taiwan wants to establish regionalized services for the whole auto industry chain with its own brands.

What if only doing the business of semiconductor components? After all, such components have a chance to command 50% of auto manufacturing costs and could climb to 70% in the longer term. Even if Taiwan is now unable to provide full-process services for whole vehicles and own car brands, semiconductor components alone are a very huge market, probably larger than the aggregate of computer and mobile phone markets.

However, the current situation is that some automotive components need to be customized, involving an extremely long product validation process, while the guaranteed supply period is far beyond what ordinary wafer fabs are usually willing to accept.

Vertical division of labor in automotive semiconductors is underway

From the perspective of an automobile factory, if most of the main economic value of a product is created by other industries, the factory would risk slipping into an assembly plant. Moreover, automakers have suffered from shortages of both traditional auto parts and semiconductor components during the pandemic, driving them to consider extending vertical integration into semiconductor design and manufacturing, especially power devices for EVs. Bosch and BYD, for instance, have already had their own wafer fabs for manufacturing self-designed power components.

This is a new phenomenon. Actually, a similar consideration began to emerge as early as the mobile phone era, with Huawei, for instance, establishing Hisilicon to harness the most important value-added chip segment of mobile phones. Tesla and General Motor's autonomous car subsidiary Cruise have also started to design their own L4 and L5 high-end ADAS (advanced driver assistance system) chips, but they now still just stay at the stage of designing chip circuits.

With IC design houses and wafer fabs affiliated with automakers, the chip product validation time can be significantly shortened due to easy internal communications in the verification process. In their early stage of development, such design houses and fabs can easily survive on stable supply and demand conditions, but the disadvantage is that they are less likely to have external clients and can hardly avoid possible conflicts of interest.

Looking back at the history of semiconductor development, many system vendors have gone through the stage of vertically integrating the design and manufacturing of system products and semiconductor components. RCA (Radio Corporation of America), which first transferred semiconductor technology to Taiwan, was a typical example.

But most of these vertically integrated foundry fabs ended up disbanding. One of the main reasons is that the aforementioned conflicts of interest prevent the economies of scale of their operations from growing, which, in turn, constrains the growth of operating profits and available R&D funds. This is tantamount to a dead end for the high-tech industry that requires constant capital injections to support R&D projects.

The electrification and autonomous driving of the auto industry have created a new fast-growing market for the semiconductor industry. However, the trend and phenomenon of regional supply chains and vertical integration between car-making and wafer design and manufacturing are also posing challenges to the semiconductor industry, and strategically responding to these two challenges will become unavoidable.

(Editor's note: Albert Lin received his Ph.D. in Physics in 1988, taught at National Central University, and then move to the technology industry. Lin used to serve as director and vice president of ProMOS Technologies, and president of ConDel International Technologies. He was an advisory member of Taiwan Semicon, chaired the Lithography Forum, and was chairman of the Supervisory Board of Taiwan Semiconductor Industry Association. Now, Lin is visiting research fellow in the Department of Physics, at National Taiwan University. His main research fields are new materials, new mechanisms, and basic research on quantum information. He is the standing supervisor of the Taiwan Association of Quantum Computing and Information Technology.)