How Silicon Valley looks at the Taiwan miracle (7): Businesses have no faith in the government's energy policy 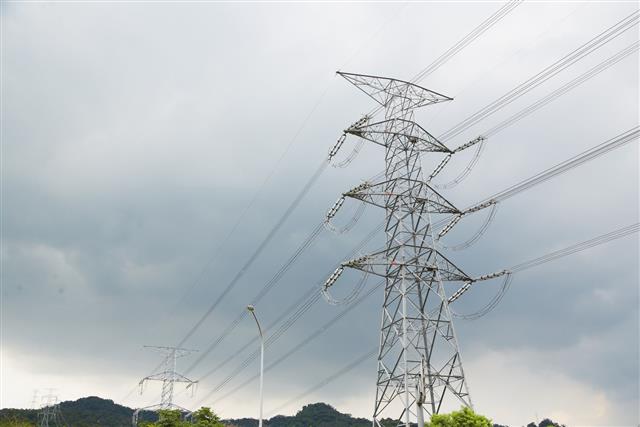 Larry Diamond, the co-moderator of a symposium that I took part in at Stanford University's Hoover Research Center, is known for his research on democracy in emerging countries. Once dubbed "Mr Democracy" by Time, Diamond criticized Taiwan for making conflicting semiconductor and energy policies. Of course, Mr Democracy is not an expert in nuclear energy, and a professor from Taiwan's National Tsing Hua University who was at the symposium gave him an appropriate response.

Taiwan relies on imports for 98% of its energy, but as I learned from attending this symposium, Taiwan had not formulated an energy policy until 2016 and had not introduced renewable energy trading until 2017. Taiwan keeps a 180-day stock of nuclear energy fuel, 30 days for coal and only seven days for natural gas. Compared to South Korea's 9-day stock of natural gas, Taiwan seems to be more daring.

As we all know, Taiwan is prone to natural disasters, and it is difficult to cope with the peak hours of electricity consumption in summer, during which typhoons are a constant threat. "Life is good, if everything goes by plan," said one of the speakers at the Stanford symposium. The biggest problem of Taiwan is that it is never prepared for the worst and never believes that typhoons could come one after another. There are clusters of semiconductor fabs and LCD panel lines to maximize operational efficiency, but they are easy targets collectively in attacks. Well, everything has its pros and cons.

The share of nuclear energy in Taiwan's total power generation is shrinking. Every day, 2-3 million kilowatts of power is transmitted from the south to the north, and a lot of the power is lost during the transmission. This poses a big challenge to Taiwan's energy policy.

There are many experts of Taiwan-China relationships at the Hoover Research Center. One of them is Orville Schell, who was one of the earliest students from the US to study in Taiwan in the 1960s. His wife is ethnic Chinese and he speaks Chinese fluently. He noted that China's ambition of rejuvenating of the Chinese nation emphasizes "power and wealth" but lacks elegance; and China's cross-strait policy threatens invasion without the option of a compromise.

Now Taiwanese businessmen are being asked to pledge their allegiance. How many options are left for those Taiwanese firms who run their businesses on very low profit margins? Schell describes Taiwan as a "decent society" and believes that the international community should provide more room for Taiwan to survive.