What if US and China come to stalemate 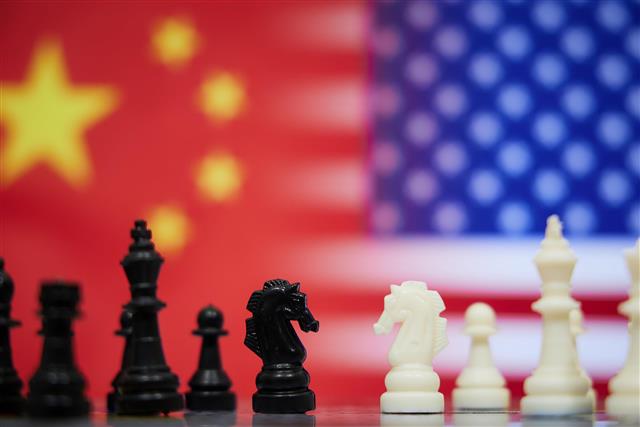 The US-China tensions have sent many wondering how they should run their businesses. On a few recent occasions when I delivered talks, I asked my audiences to vote on four possible scenarios that I suggested for the the US-China trade war and the future of Taiwan's technology industry. The voting results showed that two out of three people thought that the US and China would come to a stalemate and that regionalized and decentralized production ecosystems would affect the future industrial structure.

The four scenarios are: US and China reconciled, supply chain stabilized; China isolated, production system decentralized; Western collaboration, isolation of China; and conflicts across the Taiwan Strait, total destruction. Most of my audiences would like to see quick US-China reconciliation and supply chain stabilization. However, only 4.5% of the respondents believed that there were signs of US-China reconciliation, as both sides have been taking tough stances of their own.

Since it is difficult for the US and China to mend fences in the foreseeable future, it is impossible to expect the supply chain to stabilize quickly, so this current wave of economic changes is not seeing unrestricted flow of resources that characterized the era of globalization. According to Samsung Electronics' experience, it took at least five quarters for the memory sector to bottom out in previous down cycles.

It is extremely unlikely that the supply-demand balance can be restored by mid-2024, which means at least two years of recession are lying ahead, and that we should be more aggressive in making plans to embrace a decentralized production system.

Of the respondents to my survey, 65.8% think that amid the US-China stalemate, the needs to amass the strength to sustain long-term confrontation and economic growth will highlight the importance of emerging markets such as ASEAN and South Asia. And this would may also set the stage for West to unite to isolate China.

And 24.5% of the respondents believe that no matter how the game plays out in the future, "isolating China" is a long-term policy. I think a consensus has been formed in the West. Germany's original intention to sell its automotive fab Elmos to China was denounced by the Western world; and Tesla founder Elon Musk's pro-China and pro-Russian statements were also said to be motivated by his ambitions for China's business opportunities.

More than 6% of the voters believe that the possibility of China invading Taiwan is very high, and you cannot expect Taiwan to remain prosperous. But the key would actually be how China could maintain its own growth momentum after its successful and yet destructive invasion. In a sense, the post-World War II Britain was not really a winner, and the defeated Japan did not really lose. It is even more difficult to assess the victory or defeat in modern warfare, especially a war concerning global hegemony.

What's been laid bare by China's zero COVID measures and the recent fleeing of Foxconn workers from its plan in the Chinese city of Zhengzhou is that the country's demographic dividend seems to be drying up. Will an unstable production system be the norm? Imagine what China will be like 10 years from now.

To support its confrontational policy, China will have to concentrate its limited resources on challenging the US in key areas and building a counterforce of asymmetric capabilities: they may be the cyber army, low-Earth-orbit satellites, nuclear warheads, artificial intelligence, quantum technology, supercomputers and other forward-looking technologies that people usually believe China can still strive for.

But at the same time, we can also predict that China's finances will not be as good as they used to be. In its hegemonic competition with the US, China cannot compromise on investments in the military and R&D efforts. And in order for key institutions to obtain more resources and attract better talent, the distribution of resources will inevitably become more and more lopsided in the future.

With a population of 1.4 billion, China would benefit the world if it's the driving force of the global economy. If China's economy shrank, leading even to poverty and famine in the country, Taiwan would be the floodgate for China to release its domestic pressure. But is this what Taiwan expects? Are the Taiwanese government and society ready for this?

The "Make China Great Again" ambition and the Thucydides' Trap are two sides of the same coin. When Taiwan finds itself in the eye of the storm, Japan and South Korea will hardly be unscathed. It would be a catastrophe of the world and global order would be reshuffled.

Colley Hwang, president of DIGITIMES Asia, is a tech industry analyst with more than three decades of experience under his belt. He has written several books about the trends and developments of the tech industry, including Asian Edge: On the Frontline of the ICT World published in 2019, and Disconnected ICT Supply Chain: New Power Plays Unfolding published in 2020.
Tags
China commentary editorial President of DIGITIMES President of DIGITIMES Asia US US-China chip ban US-China trade war
Share this article
Other links
Print
Related stories
Topco chair weighs in on US-China chip war
Apple supply chain keeps up with relocation shifts
ASEAN still can not replace Chinese manufacturing
Beware of zero-sum game in US-China chip war that could last a decade
Leaders in semiconductor in 2030 (3): Who makes the rules?
The lesson from Shang-Yi Chiang (2)
The lesson from Shang-Yi Chiang (1)
Cross-strait relations: An IT analyst's view
What strategies should Taiwan embrace?
Related topic
Opinions