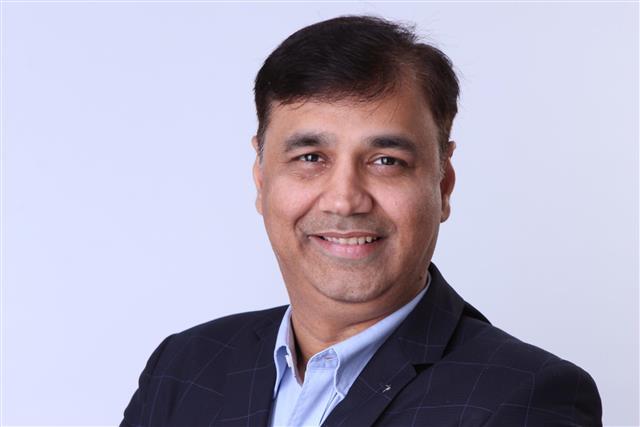 If you have been observing the Indian EV market, you would know that the initial days were all about startups. Several new companies entered the market, some of them with excellent offerings, and have become popular names in the local automobile market.

But that stage appears to have passed as we see bigger, more established players entering the market now. Hero Motorcorp, India's largest seller of two-wheelers, launched its first EV last month. Mahindra, one of the most well-known names in the industry, launched its EV lineup two months before that.

And now, LML, a name that evokes nostalgic memories in Indian consumers with half a century's presence in the market, has opened bookings for its first EV two-wheeler. This is significant because this Uttar Pradesh-based company that produced and sold scooters, motorcycles, mopeds, spares, and accessories from 1972 shut down in 2017. The rising interest in EVs appears to create a fertile ground for LML to make a comeback.

The company has opened the bookings for its electric two-wheeler 'Star.' In a press statement, the company said its new product embodies the spirit of constellations to offer a dynamic riding experience for daily commutes. Elaborating on it, Yogesh Bhatia, MD & CEO of LML, said that the vehicle will offer unprecedented range, class-leading speed, and advanced technology that a rider can ever think of. The dynamic demands of Indian consumers

A key difference between many startups and established players is that the former relies heavily on imported components assembled locally. In contrast, the latter depends on the indigenous market and technical research. Speaking to Digitimes Asia, Bhatia pointed out that they started the process by first identifying the consumer and the consumer's problematic areas and then setting up teams to conceptualize, design, and create the products.

"We work with the best designers who know how the automobile industry, two-wheeler, and EV industry will fuse to come up with the perfect solution for the customers," Bhatia said. "If you have seen our design which is already made public, there is no brand similar to like this or anywhere close to this that has done something like this to meet the consumer requirements. So, we have a very unique, different solution."

Bhatia pointed out that to do this, we must first recognize that EV adoption is secondary to feature adoption. In other words, companies must first create better awareness among customers about EVs' features. It isn't about comparing ICE vehicles to EVs but offering solutions to customers that even the former couldn't provide. Along these lines, Bhatia said that the company plans to announce many unique features in its vehicle in the coming days.

Increased efforts for self-reliance in components

Sourcing components is an integral part of this industry. In the early days, many companies had to depend on countries like China for this, but now this is changing. The recent supply chain concerns, some unprecedented pandemic lockdowns, and geopolitical tensions have made companies realize the importance of reliable suppliers closer home.

In the early days, before two or three years, there was a problem with supply chain streamlining," Bhatia said. "But now that is no longer the case as we have local teams who are developing for all parts. We analyze the local requirements and develop the components accordingly."

Such moves are helping companies like LML to overcome the global shipping constraints that have plagued the industry for the last two years. Bhatia said that they have no problem procuring the necessary components as of now. Of course, certain parts like batteries are still not widely manufactured in India to meet local needs, but Bhatia feels this would change soon as Indian manufacturers step in to meet the demand.

Not just a two-wheeler, but a lifestyle brand!

To say the brand LML evokes fond memories among Indian customers would be an understatement. Bhatia is well-aware of this as he says that LML is not just a two-wheeler but an "emotion." Incidentally, the company's new name is LML Emotions Pvt Ltd.

"LML is not just an automobile company; it's a lifestyle brand," Bhatia concluded, adding that their priority is not just speed and range but a variety of features that can cater to different kinds of customers.

The Indian EV two-wheeler market is heating up. Competition is set to become stiffer, and we may soon see the weak players struggling. There is an opportunity here for LML if the company is able to find that sweet spot between price, features, and reliability. We will surely keep a close watch as the product begins to roll out.