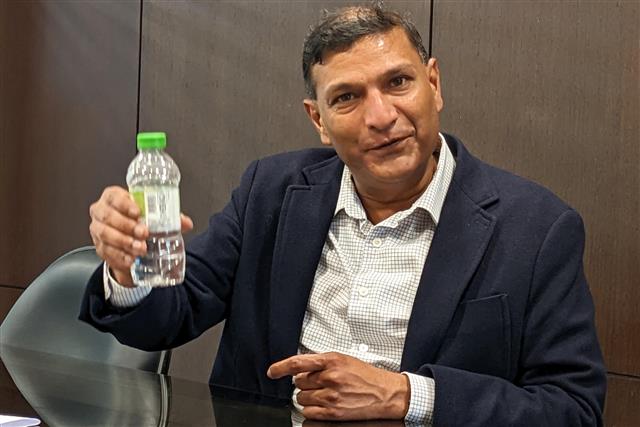 IRegained, a Canadian digital neurotherapeutics startup is advancing its post-stroke hand rehabilitation device, the MyHand System, towards commercialization with the device presently undergoing clinical validation. IRegained is in negotiations with Wistron, a Taiwanese electronics company, as a possible partner for distribution and manufacturing.

In an interview with DIGITIMES Asia, IRegained founder and CEO Vineet Johnson stated that IRegained was introduced to Wistron through the Canadian Technology Accelerator (CTA) in Taiwan and Taipei Medical University (TMU)'s BioMed Accelerator program.

"Wistron and IRegained are currently discussing a distribution relationship. We are exploring a longer-term, manufacturing partnership, and potentially, they will be our sole partner for the entire APAC region," said Johnson. He also mentioned how IRegained was able to connect with the TMU hospital for clinical validation, bringing a whole new level of credibility to their product.

IRegained was founded back in 2016. It currently employs around 15 engineers and neuroscience professionals. In January 2022, it began its quest for pre-series A funding with the goal of US$1 million. The objective of the round is to complete the clinical validation, and the company successfully raised US$1.15 million.

IRegained chose to specifically tackle hand rehabilitation because it's a massive market with a lot of unfulfilled demand. In just the US alone, there are over 850,000 stroke patients each year, with around 70% of stroke survivors suffering from some kind of hand function loss post-stroke. The few companies who have attempted to tackle this issue have done so either by having a robot assist the patient or through electrical stimulation, which Johnson believes is not how humans operate naturally.

The reason why very few people are tackling hand rehabilitation is that the hand is very complex compared to other body parts. Beyond the wrist, there are 25 joints and 36 different muscles. To do something as simple as picking up a piece of paper, every single one of these joints and muscles needs to move in a precisely coordinated manner. It's this complexity that makes hand rehabilitation post-stroke so difficult.

The method IRegained approached this issue is, essentially, repeating what all humans have done as a child – learning things through trial and error. For stroke patients, the muscles and joints that allow them to move their hands are all still intact. It's the nervous system commanding them that is damaged. The MyHand system is helping the brain re-learn how to do these motions through a process called neuroplasticity, which is the human brain's ability to heal itself.

As with the actual protocol of how the device functions, Johnson stated that it's very similar to a flipbook. A flipbook consists of hundreds of still images that when rapidly flipped through, present a moving picture. The MyHand system works in a similar fashion. The MyHand system takes whatever the patient wants to do (e.g. opening a water bottle) and breaks that motion into thousands of steps. Each step is like a still image in a flipbook, which contains minimal movement.

This is where gamification comes into play. The MyHand mechatronic system is a "smart device" that contains dozens of games for the patient to play. The input for these games is the aforementioned steps. The patient only needs to perform each step, which could be as small as moving their fingers a few millimeters, to register an input signal.

The use of games is to ensure that patients stay engaged during the rehabilitation process since boredom and tediousness are often the main reasons why people do not follow the rehabilitation recommended by their therapists. It also helps the patient visualize their progress in a very positive way, as there are scores and points in video games.

An essential aspect of the system is the built-in hand training protocols that leverage neuroplasticity to create new neural pathways around the part of the brain damaged by the stroke. Focusing on a specific body part during training often leads to better results. After the patient inserts their fingers into the device, the lid is closed so they cannot see their hand. With their focus now solely on the screen/game, they're training their brain to reconnect their nervous system to the muscles and joints in their hand.

So far, clinical tests of the device have yielded impressive results. In one study, after just three weeks of therapy, which consisted of 15 1-hour sessions, patients have reported being able to use their affected hand to help tie their shoelaces or to hold a plastic water bottle as well as a grasping strength improvement of around 6 pounds. According to Johnson, this is a much better result in a much shorter time compared to other similar products.

After a stroke, one side of the brain has been damaged, leading to the other half having to shoulder more tasks. Studies have shown that after using the MyHand system, the affected side was able to recover and take some of the load away from the unaffected side. In addition, the device has been shown to work on patients who have suffered from a stroke and were unable to use their hands for decades. Patients were not only able to recover their hand functions, but they were also able to maintain this function long-term.

Tags
Interview IRegained medical devices Smart applications smart medical startup Wistron
Companies
Wistron
Share this article
Other links
Print
Related stories
The human body metaverse: use of digital twins can result in precise medical treatments, said Quanta CTO
Component suppliers increase focus on non-CE device applications
Wistron, Asia Optical unveil service robots
Supply chain for e-health accelerating move beyond China
Related topic
Opinions
Looking for startups?
Startup database
Profiles of startups from Taiwan and around the world: their technologies, product developments, fundraising rounds, etc. All startups are welcome to register their profiles - free of charge.
Register
Accelerators & incubators
Information about accelerators and incubators from Taiwan and around the world that are mentoring startup businesses and teams. All mentors are welcome to register their info - free of charge.
Register
Events calendar
Major events, including those organized by the government, DIGITIMES, and others, featuring startups, innovative technologies and products from Taiwan, Asia and around the world.