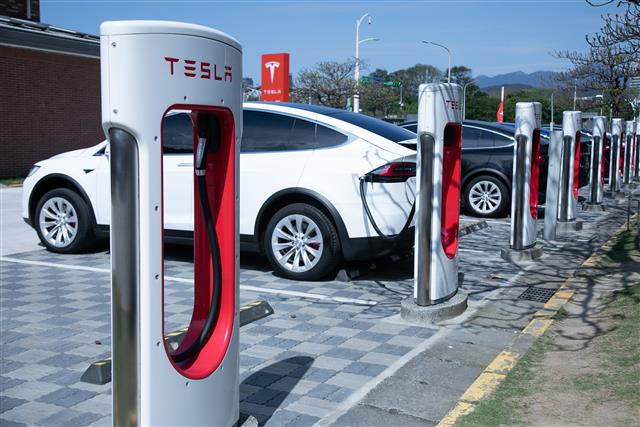 Just over half of passenger cars sold in the US will be electric vehicles by 2030, according to a report from BloombergNEF, thanks in part to consumer incentives included in the US$374 billion in new climate spending enacted by President Joe Biden.

Those incentives, among them a point-of-sale tax credit of up to US$7,500 for a new EV purchase, are likely to boost the pace of adoption, BloombergNEF analysts found in the report. Prior to passage of the Inflation Reduction Act (IRA) in August, projections for EV sales by 2030 came in at 43% of the US market. With the climate-spending measure in place, that estimate was revised upwards to 52%.

The latest projection from BloombergNEF puts the US on track to hit a key target set by Biden last year, for half of all cars sold in the US to be battery-electric, plug-in hybrid or fuel cell-powered by the end of the decade. In 2021, electric vehicles accounted for less than 5% of sales in the US, below the global rate of nearly 9% and well below the adoption rate in countries like China, where plug-ins currently account for roughly 24% of new car sales. Norway became the first country to see electric overtake combustion engine vehicle sales last year. Under the revised forecast from BloombergNEF, the US will surpass the global average in 2026 instead of 2028.

The three automakers with the most domestic battery production coming online in the near term - Tesla, GM, and Ford - are set to benefit most from the new law, according to the report. At the insistence of West Virginia senator Joe Manchin, the IRA restricts the full US$7,500 credit to vehicles assembled in North America, with additional phased-in thresholds for manufacturing batteries in North America.

In the new report, analysts noted that these requirements "will take time to adjust to," particularly as automakers contend with critical minerals and battery rules. But those challenges are expected to lessen over time, a shift that could also bring more electric cars into an affordable price range.

"In the next year or so, there shouldn't be too much of a difference (in sales)," said BloombergNEF electric car analyst Corey Cantor. "Later in the decade, we expect not only the EV tax credit but the battery production tax credit to drive a steeper decline in EV costs."

Categories
Vehicle
Tags
electric vehicle sales US vehicle
Share this article
Other links
Print
Related content
Related stories
BEV not to be only instrument for heavy truck industry to achieve zero emissions
Hertz plans to buy 175,000 EVs from GM over 5 years
US to welcome more EV chargers as automakers acts on the revised tax credit
PHEV sales in US market to be galvanized by IRA incentives