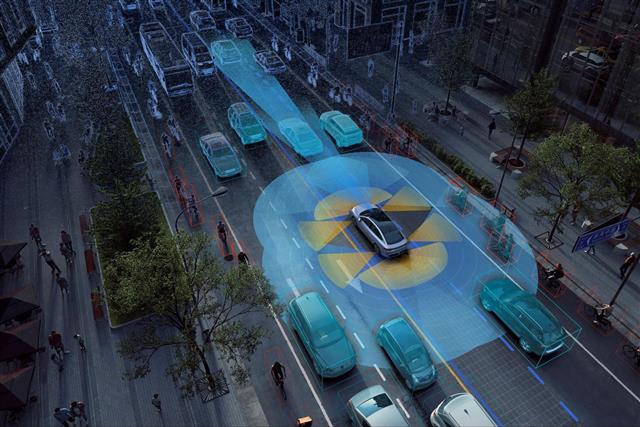 Before rolling out City NGP, XPeng has launched similar functions for highway driving and parking. According to a press release, the urban-used feature is currently available for a selected group of the company's P5 drivers in Guangzhou through over-the-air updates.

XPeng said it is ready to deploy the functions in other cities in China. However, the expansion requires permission from municipalities, which the company will continue to work on. City NGP would also be available on its soon-to-launch flagship G9 SUV.

A P5 driver can activate City NGP when setting a destination on the car's navigation system, according to XPeng. The system then can perform various driving tasks such as cruising at a safe distance from leading vehicles, changing lanes based on vehicle overtaking decisions and getting around obstacles or cars parked on the streets.

XPeng said City NGP is able to detect and react to traffic lights and navigate intersections, roundabouts and tunnels. Moreover, in a scenario where the car approaches a bus leaving a bus stop, a voice assistant could remind the driver in real-time to change the lane to pass the vehicle.

In addition, XPeng said it also introduced an enhanced Surrounding Reality (SR) display that can visualize a car's surrounding objects and project them with the high-definition map on the digital dashboard and central panel in real time.

Since City NGP is designed for complex urban driving scenarios, drivers must watch a safety video and pass a quiz before activating the feature. Moreover, they have to spend seven days driving with the functions for at least 100 kilometers on certain roads to get familiar with the technology. The functions could be used on all available roads after the tasks are completed.

XPeng has dedicated itself to developing ADAS and self-driving technologies, just like its China-based rivals NIO and Li Auto. In early August, XPeng and e-commerce giant Alibaba announced that they opened a computing center, Fuyao, in the Inner Mongolia region of China.

The pair established the organization in response to the growing computer power needs that were driven by self-driving software training. XPeng said the computing center could significantly reduce the training time of its core models from seven days to less than one hour.

It also said it utilizes the facility to train the models used in City NGP. The data generated from corner cases in urban driving was 100 times larger than in highway driving.