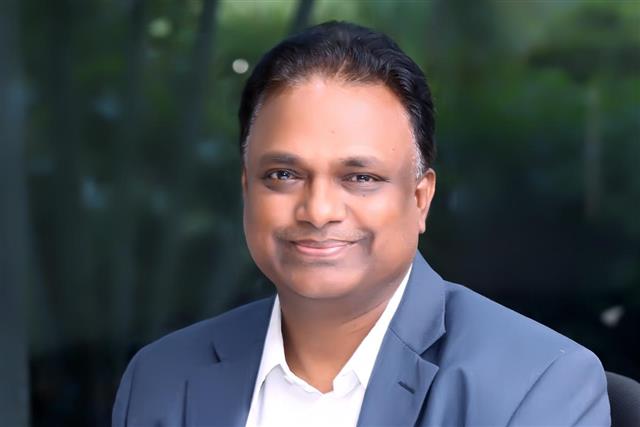 The Indian automotive giant Mahindra & Mahindra recently announced the launch of a series of consumer electric vehicles, joining a rapidly growing market. But even as the Indian EV market gathers momentum, certain supply chain shortage concerns persist, especially with regard to semiconductors and components.

Speaking to Digitimes Asia recently, R Velusamy, senior VP at Mahindra, explained that manufacturers are often cautious of supply chain concerns, keeping their options open and prepared. Now, the powertrain shortage is easing, but certain other components are still an issue.

"The power train is easing out," Velusamy said. "But other components for those like audio electronics, headlamps, foglamps – one or the other keeps missing. But I would assume things should be ok in the next six to seven months."

Knowing that partnerships are inevitable in the EV industry, the company has remained cautious of the supply chain constraints and shortages. Velusamy explained that they have always considered backup plans for alternatives should there be difficulties in procuring certain components.

"I think every supplier who is designing power electronics is keeping an alternative option," Velusamy said. "The design is deliberately made simple so that if anything like a chip is missing, they are able to replace it. And what we cannot replace, we ensure to secure the supply chain. That's what everyone's doing. Everyone's very focused on it because all know the critical situation of the semiconductor supply chain."

Partnering with Volkswagen for EVs

Significantly, the company has tied up with German carmaker Volkswagen for MEB electric components. Velusamy pointed out that Volkswagen offers their best electric motors to cars like Audi and other SUVs, and this was one of the reasons for partnering with them.

"We can always procure components from different parts of the world," Velusamy said. "But we wanted a source that is safe where the supply chain had to be completely ironed out. Volkswagen had done significant work on the cell, enabling us to work with them on it. For the electric motor, they have the best for brands like Audi and other SUVs. There is also an inverter - these are the three components we buy from them."

Significantly, Volkswagen had recently broken ground for a battery plant in Germany in July, aiming at an annual revenue generation of $20.4 billion by the end of the decade.

The Indian EV market is getting crowded quickly with several new launches from carmakers like Tata Motors, Hyundai, Kia, etc. The country's largest passenger car company Maruti Suzuki has also jumped on the bandwagon, announcing an EV for 2025. But despite the such solid competition, Velusamy believes that certain factors make Mahindra stand out.

"I think some of the key factors that make us unique is the INGLO platform and the fact that we have a "born electric" vehicle," Velusamy said. "When it's a born electric platform, the design elements are purely meant for electric vehicles. There is no baggage that comes with converting an ICE vehicle to an EV, which may often lead to a lot of compromises. So, in short, the INGLO platform, born electric nature, platform modularity and other multiple vectors combine together to make this a unique offering."

Creating an ecosystem for EV growth

India faces several challenges regarding EVs, but they are not about vehicles but the ecosystem. Building public charging stations that work round the clock without downtime is essential, but in the current circumstances, this isn't easy to achieve.

"Right now, we are focusing on alliance partners who can create chargers," Velusamy said. "You may have multiple charges with battery. For example, it could be a mobile charger that you can take to malls, cinemas, offices, etc., wherever there is a charging port, and you can charge it as long as the battery is in the charger. You can have an AC and a DC charger that you can give on a rental model to residential complexes. You can also have them on the highway. We expect significant improvement in two years' timeline."

As the supply chain concerns ease, more automobile companies could offer new EV vehicles to the Indian market. As of now, many Japanese companies are yet to launch their cars in this segment. Once the demand picks up, the EV market in the subcontinent could be one of the most competitive.