Aspiring to become 'Shenzhen of India': Q&A with Sujai Karampuri from ITE&C of Telangana state government 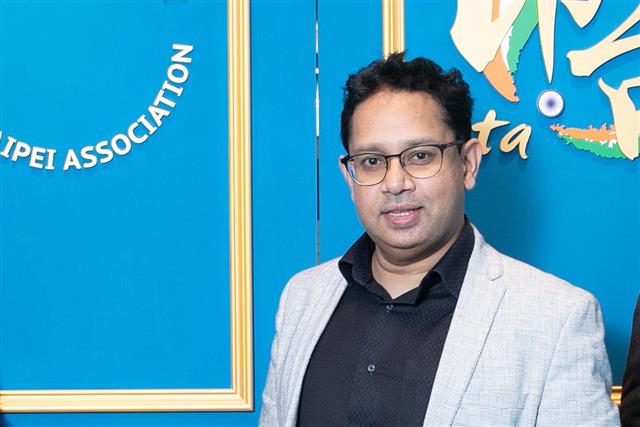 Officials from the Information Technology Electronics and Communication (ITE&C) Department of India's Telangana State recently made another trip to Taiwan to woo investment in the southern Indian state including its capital Hyderabad, home of some tech giants' R&D centers.

Sujai Karampuri, director of the electronics division at ITE&C, provided insights into Telangana's significant progress in infrastructure improvements in the past eight years during an interview by DIGITIMES Asia during his stay in Taipei. He also talked about how to minimize the cultural estrangement between the local and non-local when it comes to business, and Telangana's ambitious plan to become the Shenzhen of India for Taiwanese suppliers. In a previous story, Karampuri and other ITE&C officials shared that Wistron may invest in the manufacturing of mostly consumer electronics and EV-related products in Telangana.

Q: Southern India has a high concentration of manufacturing capacities in big cities such as Bengaluru in the Karnataka State and Chennai in Tamil Nadu. What more advantages does Telangana hold over other states in southern India?

Telangana accounts for 2.5% of total population but contributes 5% of India's GDP.

Telangana's GDP increased by more than two times in the last eight years. Power capacity increased by four times, and we have the world's largest lift irrigation project of US$15 billion, which took us less than four years to complete. A lot of investment has been made into infrastructure. Telangana is the first state to give tap water to every home. In a country like India, that was unthinkable just a few years ago.

Q: Telangana has drawn up electronics policy in 2016 and ICT policy for 2021 to 2026. They reflect your ambition in developing electronics and ICT manufacturing. Could you share with us the progress in these segments?

A: Yes, Telangana has made a lot of progress in the last eight years. We are a new state, and it's a very proactive government, dynamic and enterprising as well. My team and I are all part of the government, but we didn't come from the government bureaucracy. We come from industry and were invited to join the government.

By 2026, our goal is to create about 350,000 jobs in the electronics manufacturing and attract US$30 billion dollars of investments in sectors including PCB, PCBA, and precision engineering such as mechanical tooling and plastic injection molding, especially SMT lines for consumer electronics EMS.

On the other hand, we are also looking at semiconductor packaging.

Telangana is going to have India's first AMOLED display fab and we are now looking at semiconductor fab. India can also go after analog semiconductor for power electronics, such as silicon carbide (SiC) and gallium nitride (GaN) chip manufacturing.

That's our vision: to become Shenzhen of India. So, if a Taiwanese company has got a chance to go to Shenzhen, it would want to come to Hyderabad, too. The good thing about doing business in India, unlike other manufacturing destinations, is that you can actually grow your own standalone company. There are no mandatory rules that you need to have a local joint venture partner. You can just create a subsidiary and then get going. You can buy land and then start investing in India.

A: Eight years ago, the minister, KT Rama Rao, discussed with my team to decide on which countries we should work with. And we chose Taiwan as our number one partner because Taiwan has a lot of technology and experience and is ready to look for alternative destinations for manufacturing. These are what we need besides a mass market. India offers manufacturing workforce and the ability to do R&D with Taiwan.

Taiwan is a democracy; so is India. I think it makes sense for the two countries to collaborate. We have been proactively trying to make this collaboration happen for eight years, but back then, there was no drive. Now, we see a renewed enthusiasm. Also, the new generation of Taiwanese and new generation of Indians find themselves culturally close, having grown up with similar values, education, and emphasis on English. I see us working more closely going forward.

Q: Many companies have expressed concerns over the cultural differences in India. Do you have any suggestions?

A: In India, each state is like a country, in a way. They have their own politics, food, language, and their own way of doing things. And therefore, you would have to approach each state as if you would approach a country. Probably, more like Europe.

There was also a misconception that the Indian family system and the way Indians are brought up may not be very conducive to manufacturing. Companies would ask: "Would I get the same results in terms of (product) quality as that in China?" Now, it is proven by the same set of people who set up (production) in both China and India that either they get comparable results or in certain cases, better results (in India).

The way to work with India is to change. For example, you need to understand that Indian weddings take days. Your employees would want to take a week off from work for his brother's wedding, not even his own wedding. These are the cultural differences. But once you learn it, it's very easy to do business in India.

Q: What about the complexity and inconsistency of regulations?

A: I think there are two ways to solve that. First, approach us. We are from the government, and we understand the nuances and we will explain it to them. There are also a lot of consulting firms that are familiar with these details. Like I said, if you find a local partner, that is even better, because they know how to manage it. Once they go through that, I think the future is far more secure.

Today, American companies outsource to India like it's like nobody's business. There is a constant increase in outsourcing to India because they have come to a standpoint where they believe they can get better efficiency and better quality by outsourcing to India. How did they make this happen? Because they started hiring locals to help the local crews.

I think that's exactly how the manufacturing is going to unfold into India. If Taiwanese companies can make a small change in the mindset, knowing that outsourcing to India will be slightly different than outsourcing to China, they will get better results. Once they start thinking like that, and adapt, we are going to see a magic revolution unfold in the next 10 or 20 years. India can be the manufacturing base for exporting to Africa, US and Europe.

Q: Indeed, Mr Gourangalal Das, the director general of the Indian Taipei Association (ITA) has suggested that there be Taiwan industrial parks in India. Is that something you have in mind as well?

Q: We know the largest three-wheeler EV factory is in Telangana. Do you also have plans for the EV ecosystem?

A: Yes, Biliti Electric is setting up the world's largest electric three-wheeler factory in Hyderabad. Specifically, Telangana will become the EV hub for India. We are signing with other countries to have access to lithium salts, so that our entrepreneurs can have access to lithium carbonate for refining. We are working with many cathode, anode, electrolyte, and separator makers to set up production. Then, we have three or four major battery cell manufacturing companies being set up in Telangana and these are large scale investments with each about US$2 billion.

India's leading EV charging solution company Exicom has already been allocated land in the Electronics City of Telangana. Their factory is being set up now. We have some of the leading electric bus makers coming to Telangana as well, some of which will only be shared later.