Hyundai boosts investments in the US for robotics, EVs 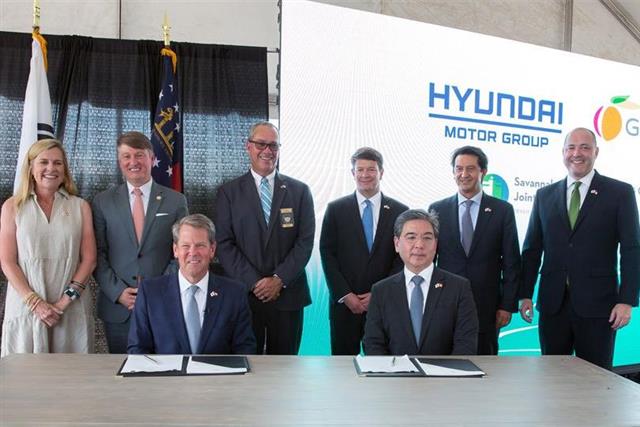 Hyundai Motor has announced its plan to build an EV factory in Georgia, US. Credit: Hyundai

Hyundai Motor Group chairman Euisun Chung has announced to invest an additional US$5 billion in the US by 2025.

The announcment came during US president Joe Biden's visit to Seoul.

The funding would be spent on robotics, urban air mobility (UAM), autonomous driving, and artificial intelligence (AI) technology, the group said. On top of the US$5.54 billion announced earlier for building an electric vehicle (EV) plant in Georgia, the group's investment in the country will reach US$10.54 billion, according to Korean media ET News.

Hyundai has been devoted to robotics and UAM years ago, but it is expected to invest in American firms with related technologies, instead of building a plant like it does with EV, industry observers said.

To make UAM bodies and obtain government permits, it will have to work with American aviation parts suppliers, while AI development is booming in every area. The group will expand cooperation with American firms and recruit local talent.

In April 2021, Hyundai announced its plan to invest US$300 million to install EV production lines at its assembly and manufacturing factory in Alabama.

The group aims to produce 3.23 million EVs globally by 2030 and obtain a 12% market share. While 1.44 million units will be made in South Korea, a large part of the goal is expected to materialize in the US.

Source: Company, compiled by DIGITIMES, May 2022