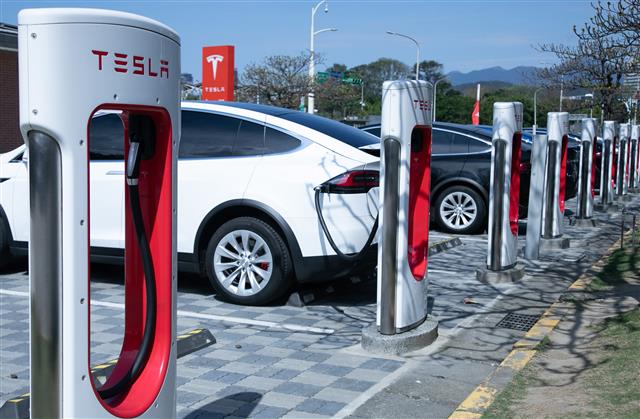 Tesla has recruited 16 to 18 suppliers to build charging installations in Taiwan, according to industry sources. So far, there are more than 40 Tesla Superchargers available in Taiwan.

Almost all venue owners see the need to build both Tesla and all-purpose chargers because charging an EV by an incompatible charger with an adapter increases the risks of damaging the vehicle and the charging station itself. However, managing more than one type of chargers and systems might require extra training and personnel. The best scenario will be to have various types of chargers that run the same software, the sources said.

InnoKnight provides a solution that can be installed in different types of chargers and it will be easier for venue/building owners to manage chargers, according to company founder Li Chun-yi.

Li believes suppliers need to develop their own core technology that is hardware agnostic because demand will rise.

Li said safety is the top priority, followed by stability and costs. They need to be able to respond timely when users have problems using the chargers. In addition to that, they also work to improve connectivity and the payment procedure. Li pointed out that it is still difficult for suppliers to measure the cost-efficiency of EV chargers, but unlike other suppliers, InnoKnight builds charging stations for venue and buildings, as opposed to building and operating these chargers by themselves.

For a startup like InnoKnight that does not have large financial support, Li said their business model can sustain the company much longer.