Content industry returns to market mechanism, OTT services to be next match point 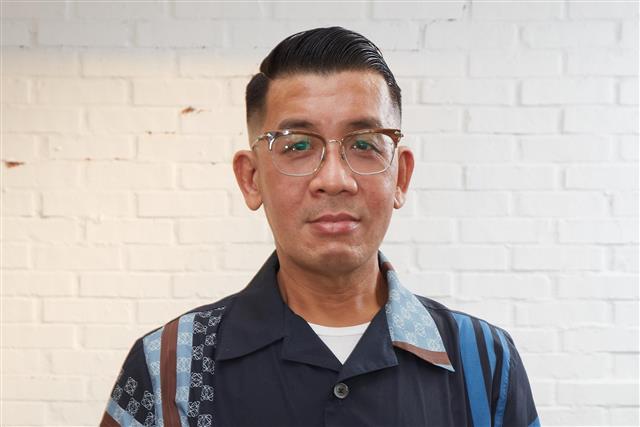 Different media, which seemed to be starkly divided in the past, have seen their boundaries gradually blur while consolidating into the whole "content industry" in the digital era, driven by constant tech advancements and the rise of OTT and other online platforms, according to New Media Entertainment Association (NMEA) chairman Homme Tsai. Therefore, it is hoped that through the establishment of NMEA, exchanges among members of various content segments can proceed based on an integrated thinking approach, so as to accomplish multiple horizontal and vertical integrations and find new momentum for Taiwan's content industry.

In the international arena, the content industry represents the competiveness of national culture and industry capital combined. Taiwan government also attaches great importance to the film and TV content industry, providing substantial subsidies to the sector through the Ministry of Culture (MOC) and other competent authorities. But the government actively subsidizing film and TV works, originally a well-intentioned administrative policy, has served to slow down the innovation pace at Taiwan's content industry.

Taiwan's film and TV industry now has over 70% of operating funds come from government and MOC subsidies. Its annual box office revenue of movies is about NT$10 billion, with only NT$500 million to NT$1 billion contributed by national films, several times lower than the mount of annual government subsidies. Under this circumstance, industry players need not to care much about self-financing and recouping their investments, resulting in their film and TV works virtually produced by the government.

It can even be found that in order to obtain government subsidies, companies engaged in the film and TV cultural sector are apt to conceive from the prospective of the government with regard to the content type of their proposed works sent for screening, often overly highlighting reflections and social significances. This may lead to a high homogeneity of the filmed subjects, lacking the fantasy and entertainment required for film and TV contents and deterring creativity from being unleashed. Furthermore, the companies will remain unable to develop market-oriented momentum on their own, making it harder to internationalize their works.

With diverse technologies advancing rapidly nowadays, media ecosystems have undergone major changes thanks to the availability of streaming media technology, and large-size tech firms are playing an increasingly important role in the content industry.

In fact, music, television, movies and games used to have their own ecosystems. Amid the emergence of streaming technology, we can find that many large studios, and film and TV companies with a history of development in the US, such as Universal and Warner, have been gradually acquired by large tech firms boasting huge tech and capital resources, including Google, Amazon and Apple. The acquisitions have driven their film and TV cultural industry to develop rapidly in a technology-and capital-intensive direction. If Taiwan companies and the government continue to disregard the ongoing streaming technology trend, they will only be able to develop film and TV cultural contents to serve the domestic market, lacking international marketing and business expansion capabilities.

Attracted by handsome government subsidies, content industry players tend to divide their main business body into many projects to facilitate grant applications. As such, they would rather maintain a small operating scale for greater corporate autonomy than use equity to raise funds or enforce capital increment to enlarge their corporate body. This is not only detrimental to their future IPO plans, but will also loosen their internal management. Perhaps, it can be seen that some ICT players, such as Pegatron chairman TH Tung, have contributed their own funds to encourage excellent production teams, simply out of their enthusiasm for the cultural industry. But this will also make it difficult for Taiwan's film and TV cultural industry to gain traction in capital markets. Actually, the content industry differs greatly from the tech startup sector.

Though its domestic market is only twice as large as Taiwan's, South Korea has managed to build a comprehensive Hallyu culture by integrating different entertainment fields such as movies, games, idols, music, comics and variety shows. The South Korean government plays the role of a promoter by matching corporates and large entertainment conglomerates to facilitate their foray into the content industry. After introducing corporate resources, the government allows the market to determine the development direction of the industry, instead of using subsidies to keep contents in check. Under a low degree of government control and a high degree of creativity by cultural professionals, the Korean content industry can completely export their wonderful works all over the world.

That is, the development of the entertainment and cultural industry must rely on low government control to generate high creativity. In terms of government policy, how to change the existing subsidy-based policy to encourage investments by enterprises will be a development direction that must be taken seriously.

Integrate and centralize resources of government, telecom operators, and film and TV producers to prosper the content industry

Sanlih E-television, which has produced many wonderful Chinese dramas, has decided to stop filming primetime shows and idol dramas, sending shockwaves through the content industry in Taiwan.

The content industry in Taiwan now sees budgets, revenues, talents and markets all decentralized. And therefore, the government has to lay out a complete policy to gather industry players and revitalize the market by allowing telecom operators that are versed in information and cash flows to funnel investments into the content industry and leaving the creation of quality content to TV stations and film producers, so as to collectively respond to international market changes. Otherwise, the content industry will be bound to lose customers if its works cannot meet a certain quality standard.

In South Korea, for example, its government encourages domestic telecom operators to set up OTT platforms and grants certain tax credits for those making investments in the content industry. In 2019, SKT announced that its mobile streaming audio and video service Oksusu joined forces with South Korea's three major wireless TV stations KBS, MBC and SBS in launching an OTT platform, dubbed PooQ, to consolidate resources and in setting up a joint venture Wavve to integrate and accelerate capital concentration of the content industry in South Korea, effectively leveraging large capital injection to support large-scale content shooting and production.

Industry players are always more experienced than the government in facing the global competition. The sustainable cultural inheritance does not depend on sporadic grants, but rather on the government, telecom operators and content producers working together to develop an integrated content industry. The government can gather Taiwan's telecom carriers and ICT players to set up joint ventures and expand capital investment in the local content industry, so that they can utilize localized contents, internationalized filming, split-screening and other technologies, as well as international deductive methods to integrate the upstream and downstream of the content industry in multiple ways, instead of relying on only the simple project-based subsidy resources. This will be the exact future opportunity for Taiwan's content industry to expand overseas markets, which in turn will lead more new creative content companies to constantly invest in creating new contents.