Medical artificial intelligence (AI) company Neurobit has announced its completion of angel round today, saying that since the seed round, the Taiwan-based startup has secured over US$1.1 million investment.

The angel round was led by strategic investors such as Taiwan's National Development Fund, with participation from BE Health Ventures, Taipei Medical University, and several industrial investors, Neurobit said, adding the valuation of the company after the angel round surpasses US$3.6 million.

Diagnosing the cause of dizziness was quite difficult because of the non-specific symptoms and the lack of quantitative and qualitative assessment tools available for physicians. Neurobit, focusing on developing Al-assisted decision-making system for high-risk neurological disorders, has introduced NeuroSpeed System, a medical-grade AI solution which is of great help for physicians to identify dizzy patients for stroke in EDs and inward observation. The system has been clinically validated and the company will use the new funds to further expand the global reach and technical capabilities of NeuroSpeed System for FDA and TFDA clearance.

Travis Yang, co-founder and CEO of Neurobit, said, "Based on the principle of neurological examination, NeuroSpeed System is capable of dynamic eye imaging analysis powered by artificial intelligence. Through the clinical verification in Taipei Medical University-Shuang Ho Hospital, the results show that the classification for central nervous system disorders and other vestibular system diseases has excellent specificity of more than 90%. Moreover, the system is portable, easy to operate, and has automatic interpretation with quick analysis, providing comprehensive decision support for physicians in diagnosing patients with headache, dizziness, vertigo, and other potential serious brain diseases. The product has already received positive feedback from worldwide physician. Neurobit is expected to be a pioneer in dynamic eye imaging for screening of stroke and other brain disease."

Neurobit has teamed up with Hague Medical Center and received the national grants of ZonMw. According to the estimation of various research institutions, the market size of diagnosing dizziness is around US$2 billion and US$1.2 billion in the US and Europe, respectively, Neurobit said, adding that with more than 10 million outpatient visits in the US alone, the dizziness healthcare market is quite huge. "In the early stage of its establishment, Neurobit aimed at IPO and set up a comprehensive financial accounting and internal control system to strengthen its management system," said Roger Chen, co-founder and COO of Neurobit.

"In addition to emergency and in-clinic screening, NeuroSpeed can be applied to ambulances or remote medical stations for screening before the use of neuroimaging tools such as magnetic resonance imaging, allowing patients with potential high-risk neurological disorders to receive immediate and proper follow-up medical care and reducing delays in treatment," said Arthur Chen, BE Health Ventures. 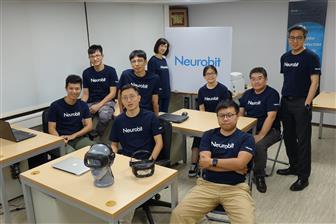