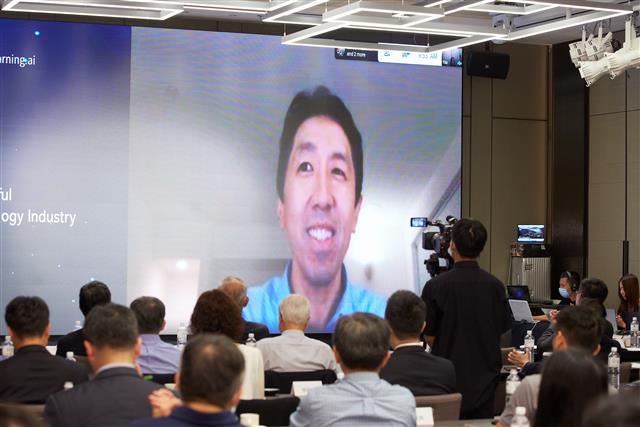 AI adoption will be wider and inevitable for industry sectors other than software-based ones in the future, according to Andrew Ng, co-fouder of US-based online learning service provider Coursera.

AI will bring about revolutionary changes which will be larger for non-software industries than for software-based ones, Ng said during a keynote speech at a recent AI forum hosted by Taiwania Capital Management.

Many non-software enterprises, especially manufacturers, still hesitate about adopting AI tools, mainly because software-based companies' approach to adopting AI is not suitable for non-software-based ones, Ng noted. Big software-based enterprises may each have more than one billion service users, allowing them to easily collect big data that can be used to train AI models and develop algorithms. But it is impossible for an individual manufacturer to have one billion clients and use a much smaller volume of data to train AI models.

An assembly line turning out a large number of smartphones may only see fewer than 100 with defects, which is insufficient to train AI recognition of defects, Ng said.

When there is a lack of large volumes of data, GAN (generative adversarial network) is an alternative method of using a small volume of data for deep learning, Ng said.

Taiwan's semiconductor industry is strong, but will have to maintain competitiveness by using AI, Ng said. For semiconductor firms, AI can be adopted for part of their operations initially, and if proven successful, its adoption can be extended to other parts, Ng said.